I’m at the heatwave rolling blackout. I don’t know where that line is from but it does somersaults in my head. It rolls across the inside cavity like round fruit on an uneven counter. I can hear it - dull thumping as it bumps up against the existing interior furniture. Maybe it was poetry, maybe it was a really good tweet. In 2022 there is simply no way to truly tell, I only wish there was Shazam for one-liners and little snippets of writing.

Summer changes me. My legs and arms grow longer, darker. The inside of my mouth is bitten red raw and it stings when I have my breakfast (acid hum of frozen berries), but it’s ok because I am part suspended in an antihistamine haze from sun up to sun set. I want different things: freezer cold lemon and lime calippo, silly colours, rubicon lychee and orange Fanta, lip balm, mood rings. I want to sweat in direct sunlight with the world’s tiniest (tiny! cute! crumbs!) zoot and a paperback. And if I have to look at art, I don’t want to think about it. I want it to sizzle against the hot metal surface of my skull, sour or steamy, rolling over the uneven counter of my mind. I only want juicy fruit gum and art that makes my brain go pop.

Maybe it’s because I have squoze every last drop there is to squeeze out of my pan fried brain. Maybe there is something about a body in the heat, theory and corporeality. I am too busy dreaming of the tropics, humidity, the way sun ripens tomatoes all glossy red and bursting. I am too busy leaving my lip balm out in the sun, so when I squeeze it out of the tube, it slithers down my finger. A solid lump slick with its own oil and glitter and fragrance, all separated and congealed in a mess.

So I will tell you about this show like it is fiction, brain goes pop, legs out in the sun body in the shade. The cloud point is a temperature at which a liquid separates. It either becomes two separate liquids, or the liquid develops a suspended solid. Like cold oil, it gets cloudy doesn’t it? Little waxy drops all cloudy in the murky depths of the bottle. Well. That’s the name of a group show at Paradise Row: Cloud Point.

It’s curated by Nicolas Bourriaud (Relational Aesthetics guy) so I was braced for something heavy, cerebral. If I’m honest, I was expecting something dry. I entered the gallery tensed and ready for a fight with my heatwave urges. What I got instead was good. I didn’t know I wanted it, but when it arrived I found myself being glad.

The press release was blown up and printed on the wall. I skimmed through: ‘The artists presented in this exhibition belong to a generation for whom no material is natural anymore. Cloud Point gathers artists who don’t consider objects, products or masses in their work, but rather the atomic structure of our surroundings, and theirs. They are particularly interested in the in-betweens — processes of liquefaction, moments of coagulation, condensation points.’ I only mention this so that we can skip to the good bit.

I live in a city and on the internet and I am not sad that nature has upped and disappeared around me. I don’t know where it went, spirited away and now I live life like I’m in the transparent plastic bubble of my Air Max 90s. I have little acrylic claws glued to the ends of my nails and as I type this they go click click click. They’re painted in acid bright colours, silver glitter on transparent plastic. When I sit outside in the sun I smoke a little disposable vape in synthetic sweet flavours: lychee ice, grape, mojito, cherry garcia. They don’t taste like the real thing, they’re not meant to. Halfway through my long runs, I squeeze a pouch of energy gel straight into my mouth. The gel is always warm from my pocket, vacuum sealed in a skintight death grip against my outer thigh. The heat of my own body is organic enough for me. I want the chemicals (I always have). I like the cyborg smoothness of silicone primers, E numbers, chemical sunscreen. I have a sunset lamp so I don’t even have to wait for golden hour to come around. How can I want what I have never known? The synthetic is standard, default, banal. It is a material category just like swimwear and ceramics.

Two paintings by Zarah Landes, pushed up close and intimate, side by side. The middle ground was coated a milky white, fading out into a gritty silty gradient until it met the edges. Smoking out into hard inky black. These paintings felt hot and creamy, incidental. Next to them, Pamela Rosenkranz’s Anamazon (Lactic Source). A rectangular mirror swept blurry by a wash of something. It looked like translucent shower gel. You know the kind, when you pour some out into your hand and it’s got a cloudy texture, sticky and slippy jelly between your fingers as you press and rub into your skin. I love cheap shower gel. It does a number on my skin, but it’s always worth it for the experience of colour and smell - synthetic and plastic, sickly sweet or aggressive. I like the kind that comes in transparent tubes, Original Source or the Lynx ones in slush puppy colours. Maybe it’s also Herbal Essences, Carex hand wash; the aesthetic and experiential quality of gels, the way they beg to be touched. But apparently it wasn’t shower gel at all, despite how wet and watery drippy it looked. I wasn’t disappointed, only impressed and swept away by my blurred reflection, enthralled by the thin skin I was looking at.

The back wall of the gallery was painted a pale baby blue. There was a silver metal grid fence in front of it, so the blue disappeared into the cavern of itself. In front of the grid fence, a silver arm reaching up and out across the wall. Like those floor lamps on made dot com that arch in a graceful swoosh, except it had little knuckle joints that made it look like trendy scandi medical equipment. On the end of its arching arm, a perfect disc of brilliant orange glass. There were fat ripples where you could see the thickness changing, where you could see the shape it took on as it was poured out. It was held by three pointy sharp metal fingers. The glass glistened in the light - not from the afternoon sun, but the overhead spotlights mounted on a track. It cast an orange shadow that had watery orange waves, the light puckered and creased against the baby blue wall. I was told that there was a component missing from the sculpture. The artists, Pakui Hardware, were interested in sci-fi medical horror, the idea that robots might supplant humans as caregivers. There was meant to be a bodily shape, draped in taupey nude gauze fabric. The orange disc was meant to be a hovering medical instrument, the body pliant and waiting beneath. But as I stared at the orange disc, I didn’t care about the missing piece. I liked the work better this way. It made me think of all the different ways cultures have mythologised the moon and the sun, as demons and deities and fiery discs that grace us with light and heat and magic. I think if internet culture had its own way, the sun would be mythologised like this: a glass disc that looks like an arc floor lamp, expensive and sharp, fragile and arresting. Perfect for instagram and pinterest.

So the natural is a kind of fiction, held at a distance. And good! That’s the way I want it. Maybe we should keep going, burn what’s left of the ozone layer right off. Maybe we should let the world burn in some nihilistic slump. Maybe we should lean into the aesthetic of no hope, because I don’t have any anyway. Egyptian magic cream pressed into cheekbones over glossy skin tint. Make a beautiful thing, I don’t care whether politics has gone molecular. Mood ring, mood ring, humidifier. Lean into the future when the future is disappearing - it’s a more interesting, vivid aesthetic experience. Maybe, when the wound is fresh and we don’t know where we are, we will be born anew. 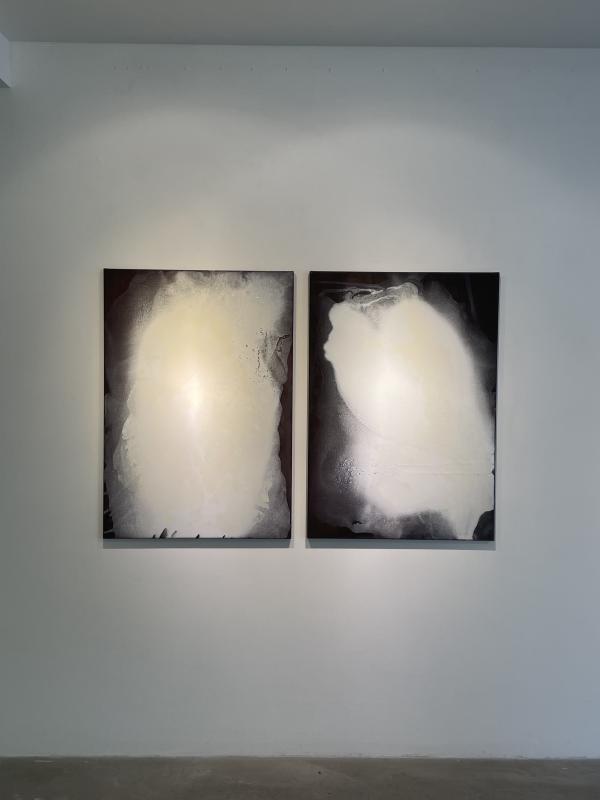 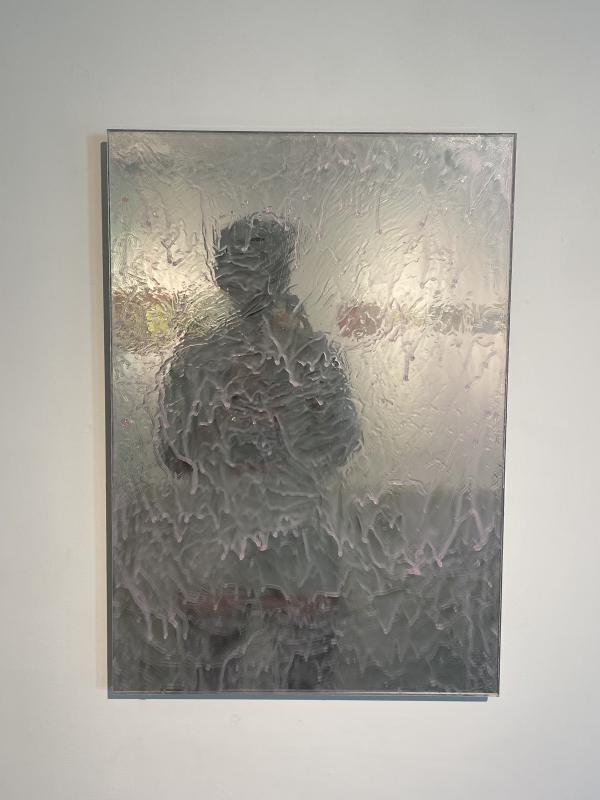 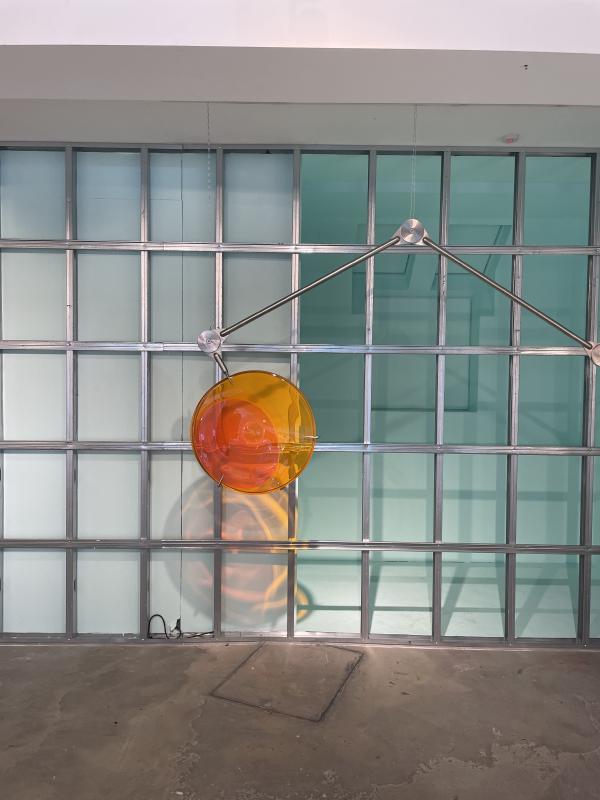 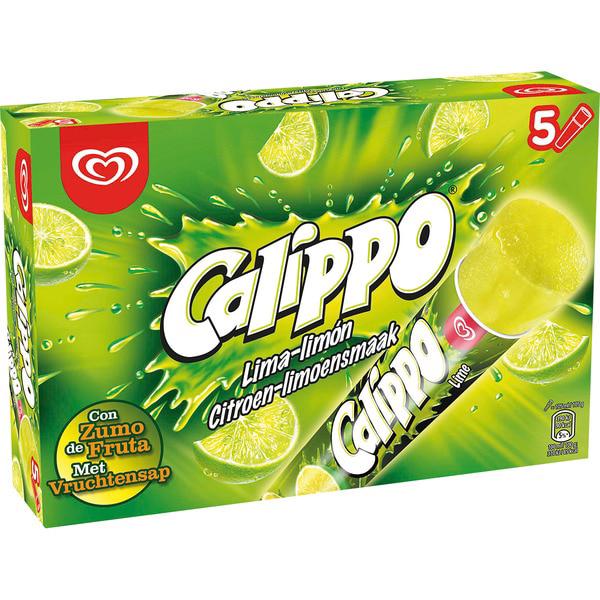 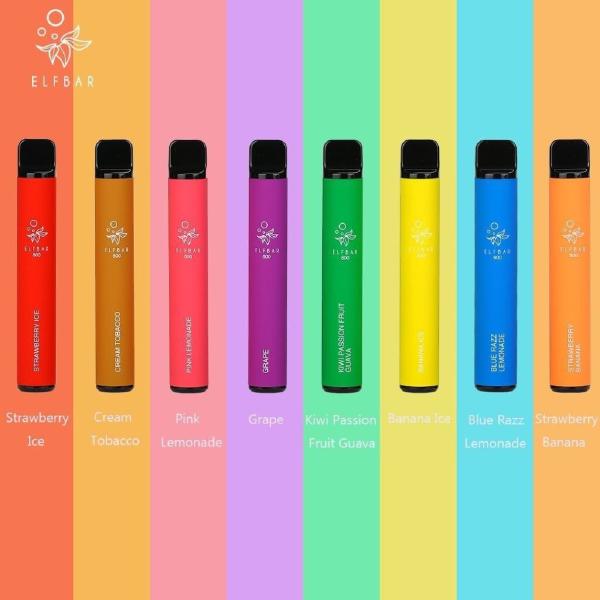 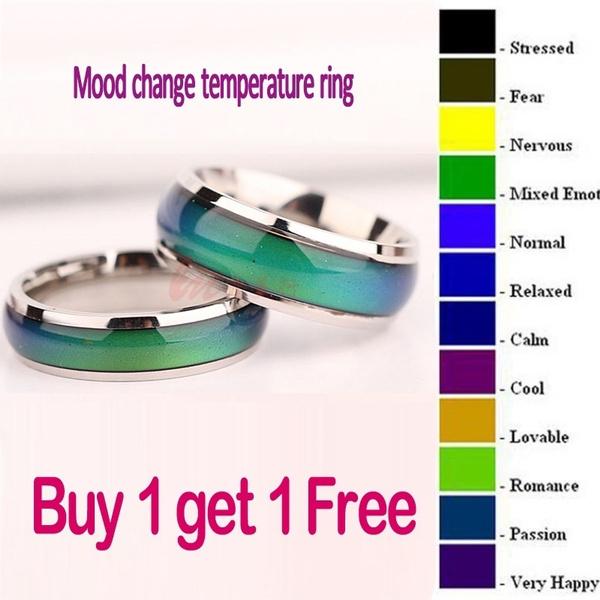