I don’t want to come to conclusions. I want to go limp, lean in, let the mood take me away away away with itself. Maybe it’s decision fatigue, opinion fatigue, hot brain wants the cool metallic menthol kick of things happening to me. I just want to experience things, you know?

The gallery at Two Queens was empty when I arrived. Just me and the building - because, oh. Oh, I should mention! There was an entire building in the gallery space. For his show Shimmer, the artist, RIP Germain, built an entire off-licence. Like a building inside a building, Russian doll style. Complete with lottery stand, tobacco counter, pebble dashed exterior walls and suspended ceiling. Graffiti on the side too, nice touch. Blue and lime green chunky lettering curling round a corner of the building - it said DEJA VU.

More art should be mysterious. There should be more secrets. Explaining the joke kills it, shot through. What if art held its cards close to its chest? Played with you and made you sweat a bit? Wouldn’t that be good! Exhibitions would feel more like being on a first date, flirting - romantic and covert, double meaning, tension. I don’t know where reviews and art criticism sits within that. Explaining the way someone has flirted feels perverse, like post-mortem rather than pillow talk.

The front of the newsagent looked legit, like it had been copied and pasted from a high street somewhere. The shop interior was almost completely empty, only bare stands and shelves, a counter wiped clean. All of it: creamy beige, lit by bright LED panels, flickering. A mix of business cards scattered across the floor, gritty and grey from footprints and tread marks. I went to peer at it all from behind the counter, look out over the shop from a flipped perspective with my back against the wall for once. I didn’t notice the uzi under the rolled cover of the tobacco stand. I gasped when someone pulled it out.

To the side, past the counter, there was a door through to the back. It was ajar, a little grid window giving me a sneak peek of the corridor and its electric blue chipboard walls. There were stars spray painted in little clusters at eye level, as big as dinner plates, or maybe my hand if I splayed it out flat. The corridor was wide enough for one person, two if you both skimmed past each other with your back against the wall. Down the end, dark and moody, was a door with a digital keypad. The numbers flashed up on a touchscreen. I stared at it for 10 seconds, it beeped off. Someone came to whisper to me, ’there are clues if you know where to look for them’. Puzzled, I went back to the main shop. It was bare except for the business cards, so I stooped to pick one up. It was forest green, matte with white text.

Dear Friend, You know why you have me in your hand and you’ve been told where to go to make me useful. So when you get there don’t start acting bookey and moving bait. You will make the ends hot! 190582 is all the information you need. I am not here to hold your hand. FIGURE IT OUT When you’re inside the place you’re trying to go to. It will all make sense.

I’ve never been to an escape room, but me and my sister have been obsessed with a Korean gameshow called Busted. These B list celebs have to dress up as detectives and solve soft crimes, often laid out for them like a big puzzle, logic, mind game. For my 27th birthday, my sister collected up all my presents, hid them around our mum’s house and drew me a map so I could go find them on a frantic Easter egg hunt. Christmas 2022, she scooped my presents up from under the tree and gave me one clue. She said the same thing as the business card: FIGURE IT OUT. I had to solve the puzzles to earn the presents, the clues would lead me to the next one. Both of these scrabbles for clues and presents have me truly convinced: I would love doing an escape room. I want to figure it all out on my own, no one give me any hints, no spoilers or grand reveals before I’ve made sense of it.

I hurried back to the keypad and typed in the code, heard the lock click. The door swung open, revealing a drab staff room. Everything from the static flat carpets, the magnolia walls and that smell. In the middle of the room: black plastic crate stacked in a makeshift table, a monitor and an xbox controller. In the corner, a fold out chair with a red 90s England away shirt draped over the back. There was a black Nike bumbag, with rizlas, baccy, a loose rolled roach and a green grinder. Rolling across the floor, an unopened bottle of wray & nephew. I parked myself in the office chair and picked up the controller. The holding screen was calm, two hands held out in front with the palms facing away. Two blue hearts glowing at the knuckle on each hand, between ring finger and little finger. Press A to begin.

I woke up in a cgi render of the electric blue chipboard corridor, walked through the keypad door into the staff room. Guys stood round the walls, the same guy. A red 90s England away shirt, dog tag on a silver chain, black bum bag across his chest and a skin fade. His body was wide and flat, broad shoulders, small head, big hands. His face was pixellated, his outline fizzled with the static from it. But at times I saw him smile from behind the blurred curtain, flashing gold teeth and black eyes, aggressive stubble casting a shadow over his jaw. I guess this is how people looked in old skl games, but it’s also the way a subject is rendered from the depths of my memory. I remember people as caricatures, in the middle of an expressive movement or a deep emotion, vibe. I remember their component parts like they’re not well acquainted with each other.

I followed a glowing line, leading me to one of the figures in a silky thread. The game led me through a series of interactions where I was given a choice. I could either be calm and friendly, or I could be aggy. The line between them was blurry, I kept thinking about who would be able to differentiate between the two moods. How many middle aged Guardian critics knew the difference between … You alright? and You alright!?! I clicked through the calmer options, touched hands until I got curious about what would happen if I chose to be aggy. The game booted me back to the corridor so I could start again with a better attitude. This time I spoke nicely, calm, non-confrontational. I went round the room from pixellated guy to guy, following the white thread. Last up was the guy guarding the fire door. He walked past me, through me and back out into the electric blue corridor. When I looked round, a package had materialised in the middle of the room. It was glittering with chunky white sparkles. I walked up to it, picked it up. I woke up back in the blue corridor, not quite sure whether I fucked up again.

In real life, someone else was trying the keypad on the door. I could hear the beeps. I didn’t have enough time to go through each interaction again to find out if there was more, so I gave up. I left through the fire exit and found myself back outside the newsagent, blinking under the bright white gallery lights. I am still not quite sure what happened while I was within the show. After, scrolling on instagram, I saw that I had in fact fucked up. If I had left the package and turned back round to walk through the fire door, it would have led me to a dream space. The door would have opened out onto an open horizon, sea bright blue at my feet, sunset bursting orange with heavy clouds. There would have been flower petals in the water, rippling along on glowing waves. The pixellated guys would have been wandering around under a floating clay jug, pouring magic water out in a thick stream. The spray would be hitting the water, bending reeds and grass under the force of impact. I could have spoken to the guys in this space too, navigated some tense encounters even in this dream.

When I left, I googled what shimmer actually meant. I think I might have dreamed this, but there is a magical meaning. Probably Old English, pre-Medieval or something. The idea that a shimmer is a front, a glamour or a reflection, a wavering image that hides something else beneath. The bio on the press release calls RIP Germain a trickster. Mythological figure, holding secret knowledge and moving through the boundaries of convention, the rules and limits we all agree to place between us as regulation. Conjured from afar, the trickster takes us with him, guide and games master through the layer of building within building within building. Past the layers: gallery > newsagent > staff room > game > portal to the open horizon, glittering sea, burning sunset. I was sucked in and then spat out, but in that release, I’m still not sure what I was actually released from. I’m not sure it’s my job to know. I am just telling you what happened, the secrets this show held are still up for grabs. I’ll leave it to another critic, some snitch who wants to spill the beans. I want to keep this show’s secrets safe. I am only interested in being a witness, a passive recipient conveying the fact and feeling. If you see me, all I’ll say is: objects are not objects, not what they seem. It is all set-dressing for a grander narrative. A higher purpose, of sorts. 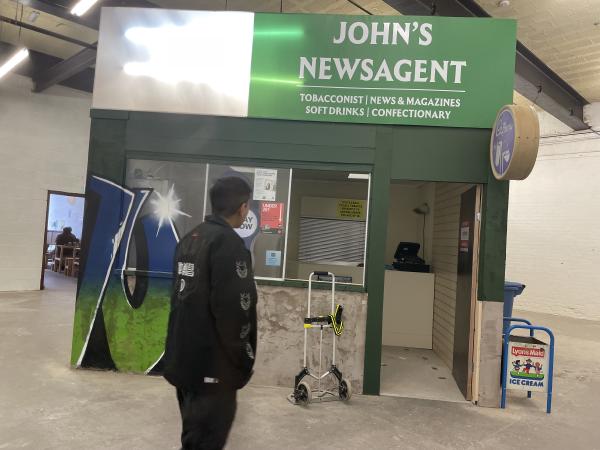 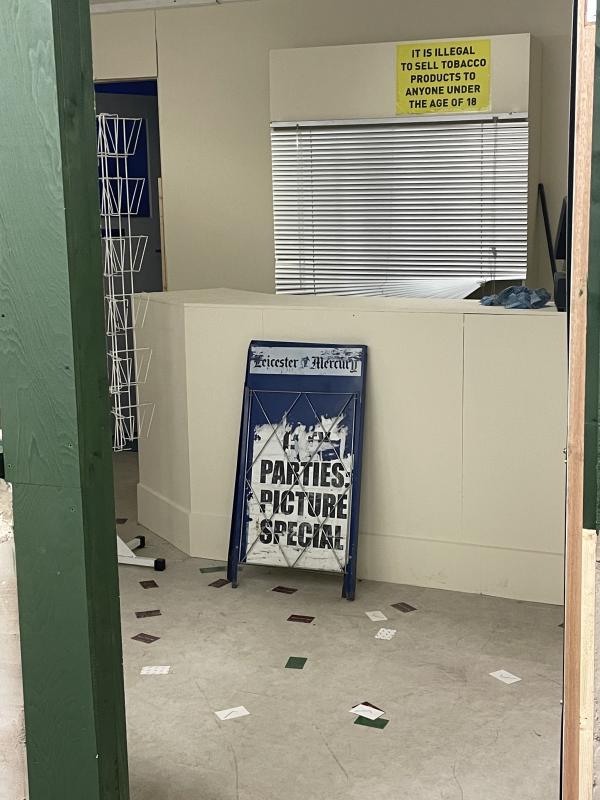 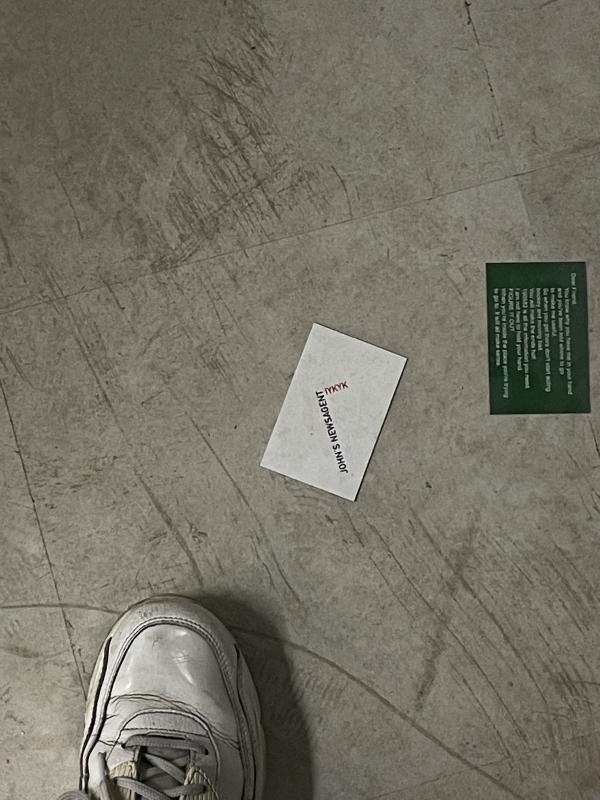 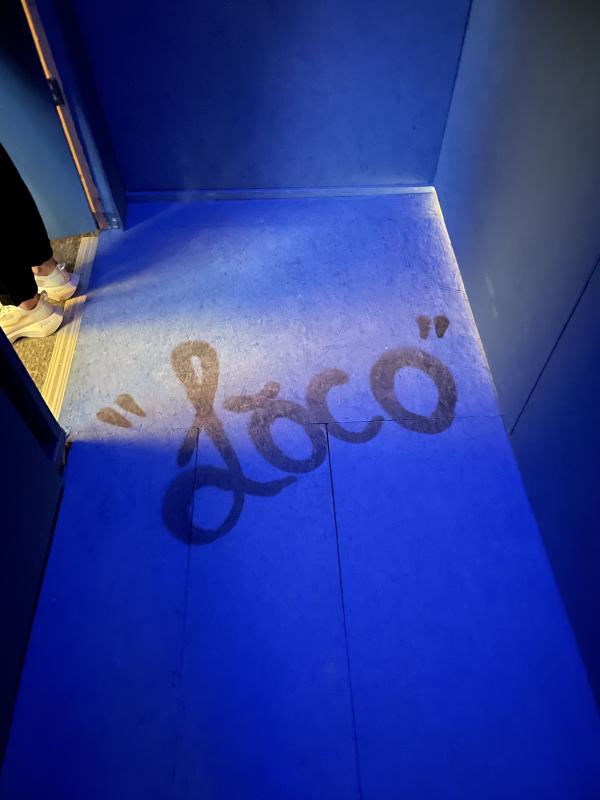 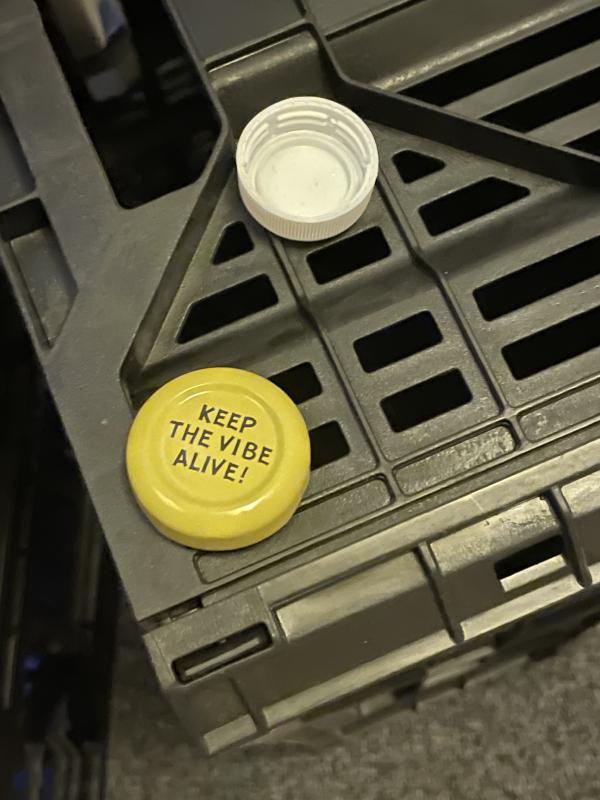 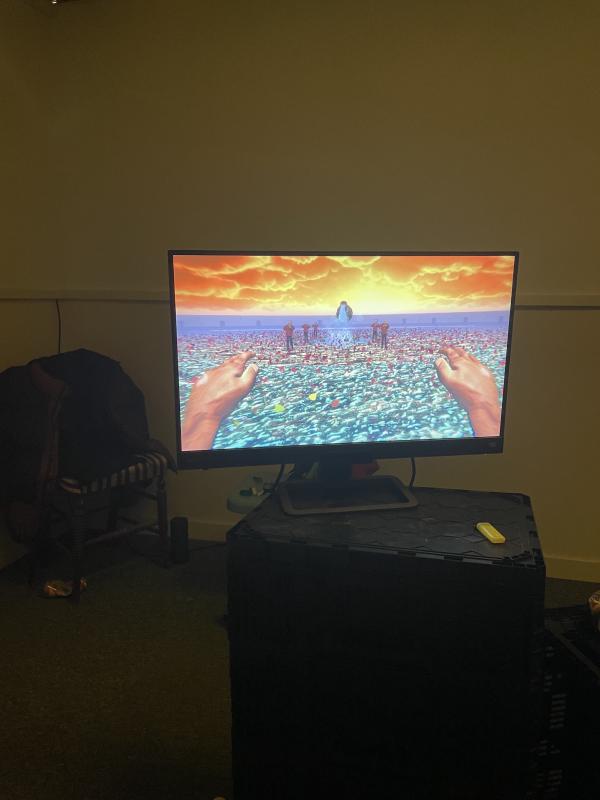 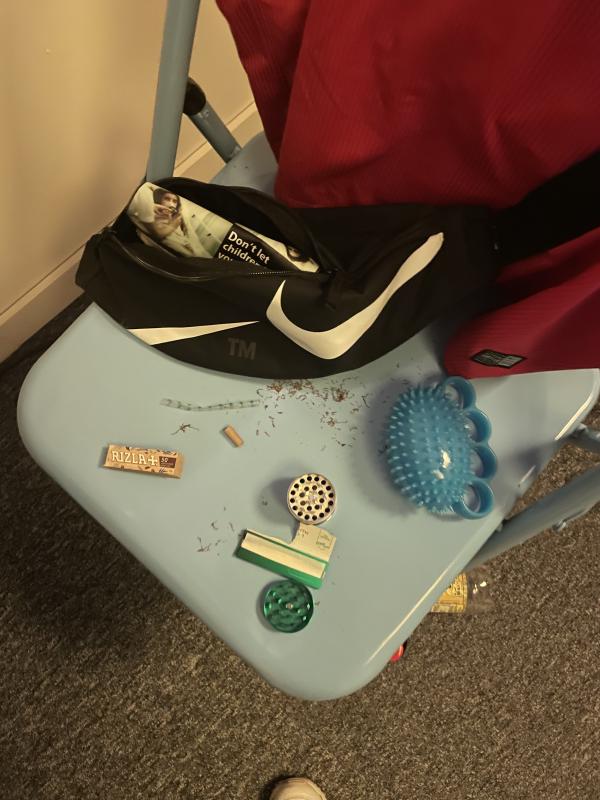