i read the most amazing book

I just read the most amazing book. Drive Your Plow Over the Bones of the Dead by Olga Tokarczuk, translated by Antonia Lloyd-Jones. I also took the most perfect picture of the book last night up against a weak evening sky. I did paint my nails again. It’s good to have an excuse to do that: 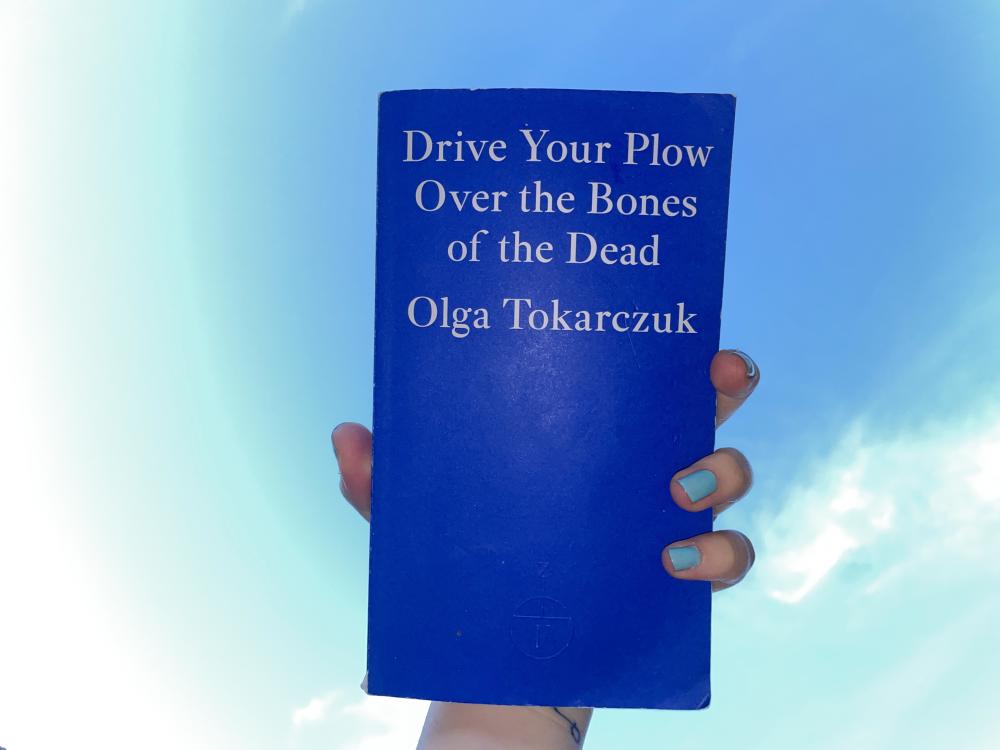 Anyway, the book. It’s about a woman who lives in a remote village in Poland. She thinks a lot about animals, astrology, and fairness. She thinks a lot about power, loneliness, and the personalities of other people; she doesn’t call anyone by their real name, she calls them by the words that make most sense for them. So much of her life happens under her own logic like that, which she is only able to do because she spends so much time on her own. Makes ya think.

And this is going to sound like a cop out, right, but I promise it’s honest: sometimes something is so good that I have absolutely nothing to say about it. Nothing left to add. To try would only embarrass me. It left me with no words, only warm, private, complicated, once-in-a-long-while memories. It’s a wonder I managed 1x blog post.

Worth painting my nails for. The very least I could do.