The Haven of Aves

I got a message the other day showing me this:

David Blandy was showing me a 5 star review that had appeared on Itch for the game we made together, The Haven of Aves. Part of the wider series of the dystopian ‘Lost Eons’ tabletop role-paying games David has been working on for a few years now, last year he invited me to write an instalment.

LOST EONS is solarpunk sci-fantasy. In Lost Eons you will emerge from the darkness into a new light, one dominated by inscrutable and terrible forces you must seek to understand. Using this guide create a post-human character in the Aves setting, ready to face the mysteries and dangers of a far future Earth.

My job was to take Liverpool as a new setting for Lost Eons, setting the game years in the future after a huge climate collapse has changed the (magical) fabric of the world. We started by running a workshop with art students at Liverpool John Moores University. Afterwards, I fleshed out the characters in the world and I also wrote a prologue to set up the lore. Liverpool is flooded now, and the people of the city have all transformed into half-human half-bird creatures. There’s the Mortem, the Maristi and the Cygnus. Once the writing was done, I got in touch with Harriet Burns to commission illustrations of the people and places so we could bring the whole thing to life. Her work really made it. I was made up! 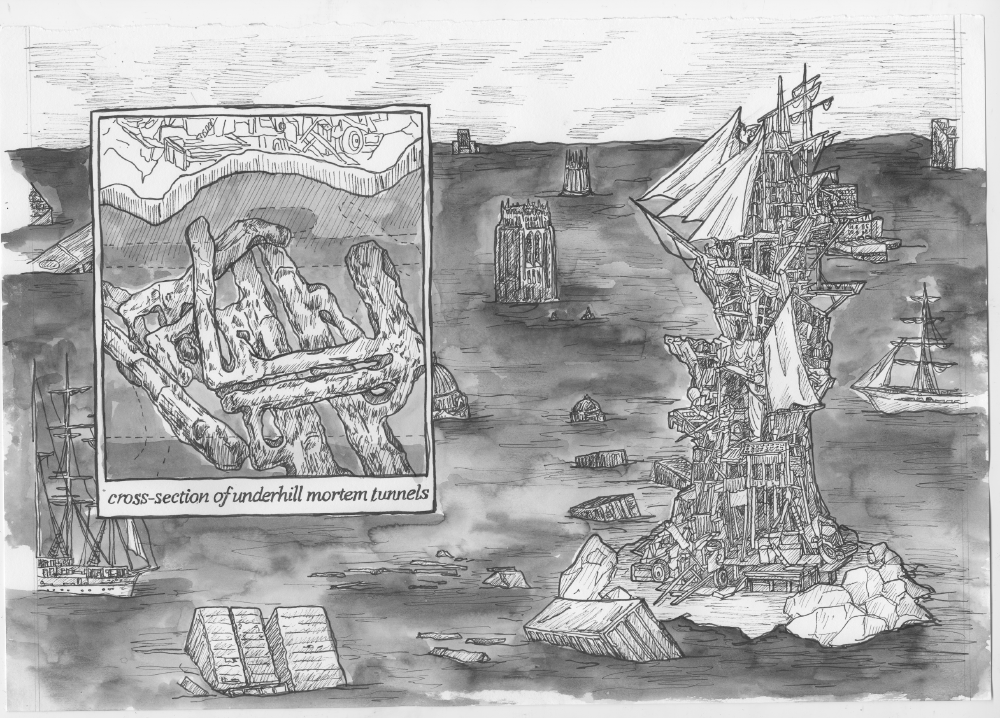 If you would like to read the story and/or play the game, you can download it here or buy the physical booklet for £5 from Rook’s Press here. Maybe you will be like, bro this is so good. You’ll have to let me know what you think :D

We also did a postal exhibition of this game sharing a double-sided artwork along with the booklet for the game with OUTPUT gallery. 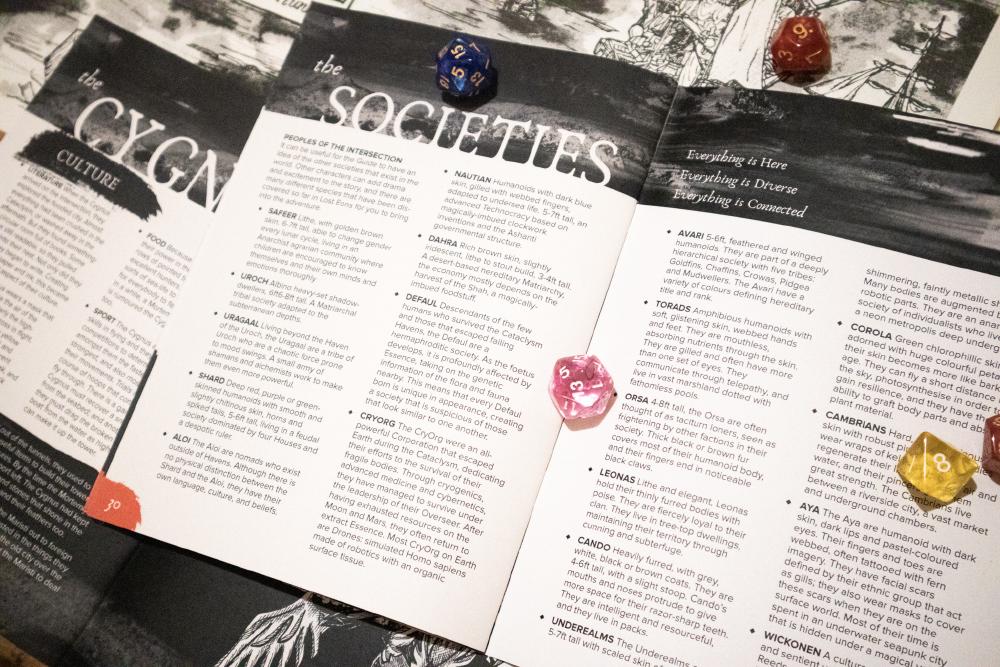