A few weeks ago, I was put in touch with Tour de Moon who were looking to commission some games as a part of their festival this year - a festival happening now as I type, over one lunar cycle. They were looking for 4 game developers under 25 to create games that each responded to typical game tropes; TdM are interested in reflecting on things in this way so that we might be able to think through them + imagine new worlds and new futures to come. I was tasked with finding the developers and then standing by for critical input while they made the games over a very tight turnaround. Over a few blog posts over the course of this festival, I’ll be looking at the results. And I would also like to encourage you to play them! You don’t have to be a gamer to play games, these are all really cool experiences that I think are worth spending time with.

In his own words, ‘Moonworld is a first-person 3D Platformer. Toying with the idea of a players destiny, built from nothing more than exposition and implication, Moonworld offers the player a predefined central objective that is both separate from, and surrounded by, an open-world platforming environment that is just waiting to be explored.’

I don’t want to give too much away but I will say you don’t have to listen to the frogs. Look in all directions. Don’t just do what they are so reluctantly telling you to do.

The tone the frogs take on is perfect imo for poking fun at the way we mostly look to do exactly as we are told in games, even if we don’t have any convincing narrative or emotional reasons to be the hero everyone wants us to be — straightaway, we just go, go, go. Jay manages to explore this in both the writing and the level design: there are the tunnels if you want to stay on the straight and narrow, literally, and then there is another more sprawling route that takes skill, coorindation and imagination to even reach. It’s really fun, too, which is all you can ask for :)

I am personally excited to see where players end up and the screenshots they may take along the way. here are some of mine :) 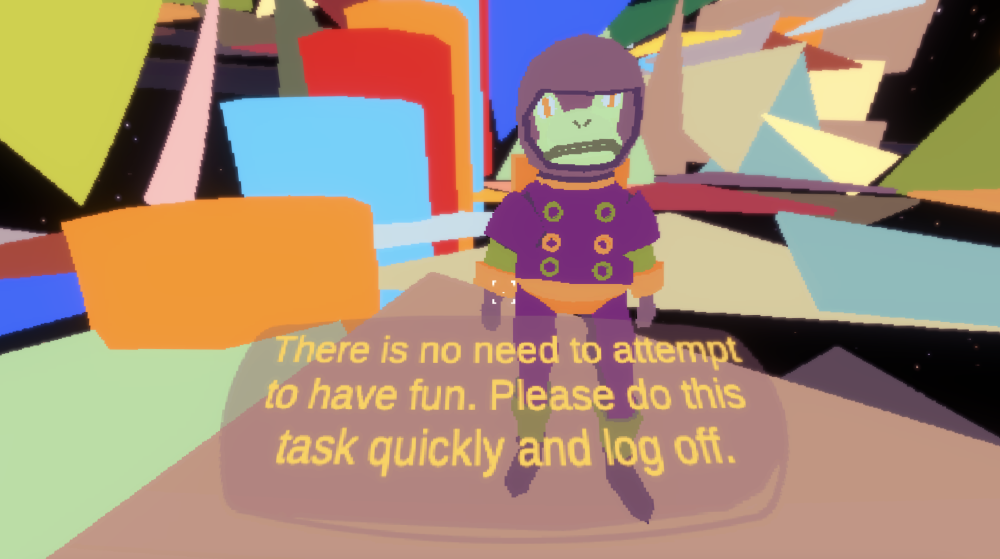 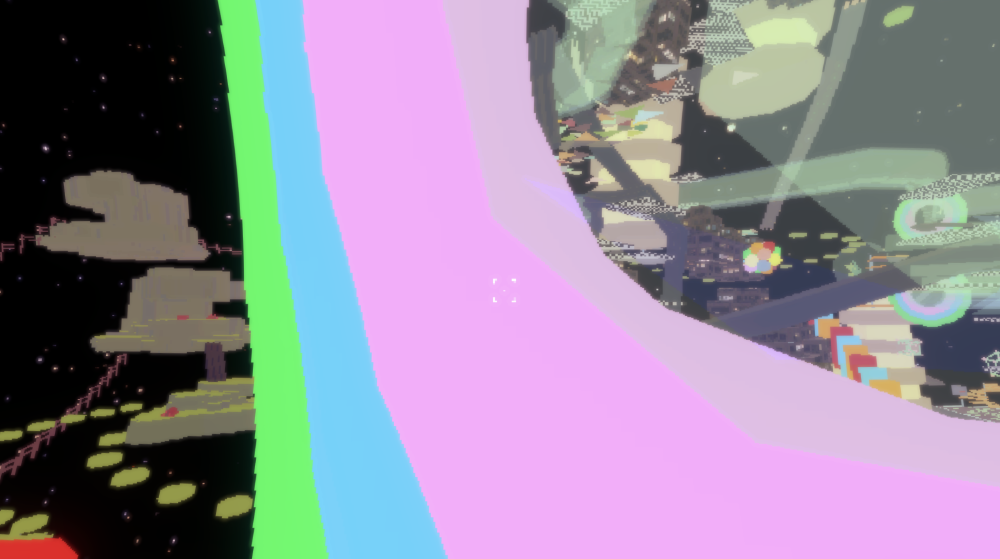 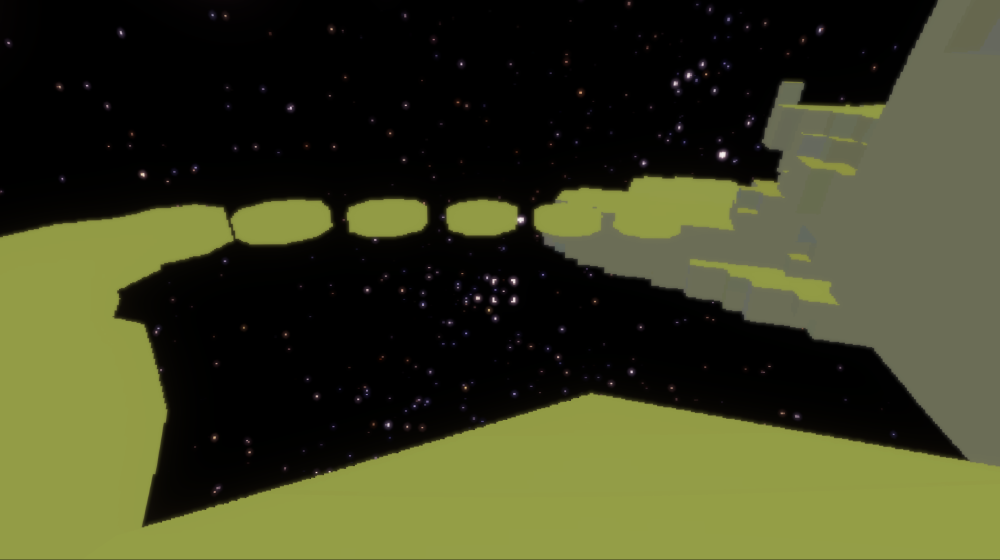 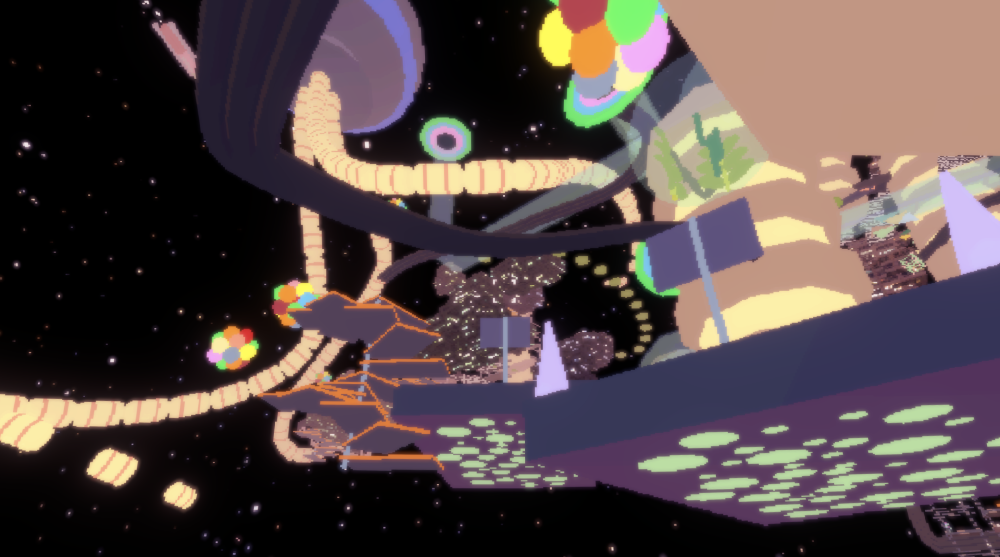