now that i’m on beta blockers and my long covid is coming under control, I have decided to try streaming. I started on Twitch because I watch streamers on Twitch, but in terms of sharing content myself I kinda like YouTube more? I’m working directly from a PS5 and I don’t have the luxury of OBS, so I like being able to do unlisted tests and then changing thumbnails and stuff after. I like the idea that everything’s in one place too. The White Pube has a very underused YouTube channel that we literally forgot about, because we write, we don’t video. But in an effort to share the writing we do, we are now putting the audio from texts on there as well. (I have a big backlog of text audio to share there, on my to-do list, bear with). So ye! Currently streaming Horizon Forbidden West and, actually, realising how nice it is to play with people backseat gaming. I know that is often frowned upon, but I didn’t play the first game and also I have brain fog that means I forget what I’m doing lmao.

! I thought streaming wouldn’t be accessible for me but in a nice turn of events it’s making playing this game more accessible ! people can help share knowledge and advice, and remind me where I’m going, or what the aim is. It’s lovely! I have been quite lonely stuck at home so this is making me feel goooood.

If you want to catch streams, you could set notifications on for new uploads on our YouTube channel. I also tweet on TWP or my personal (https://twitter.com/TheWhitePube / https://twitter.com/GDLP__) been streaming roughly midday. I also just called Virgin Media up and told them i was gonna leave if they didn’t make our internet connection better so the streaming’s gonna be clearer now too. I was channeling my mum. My mum always does stuff like that, and the thing is, it works. 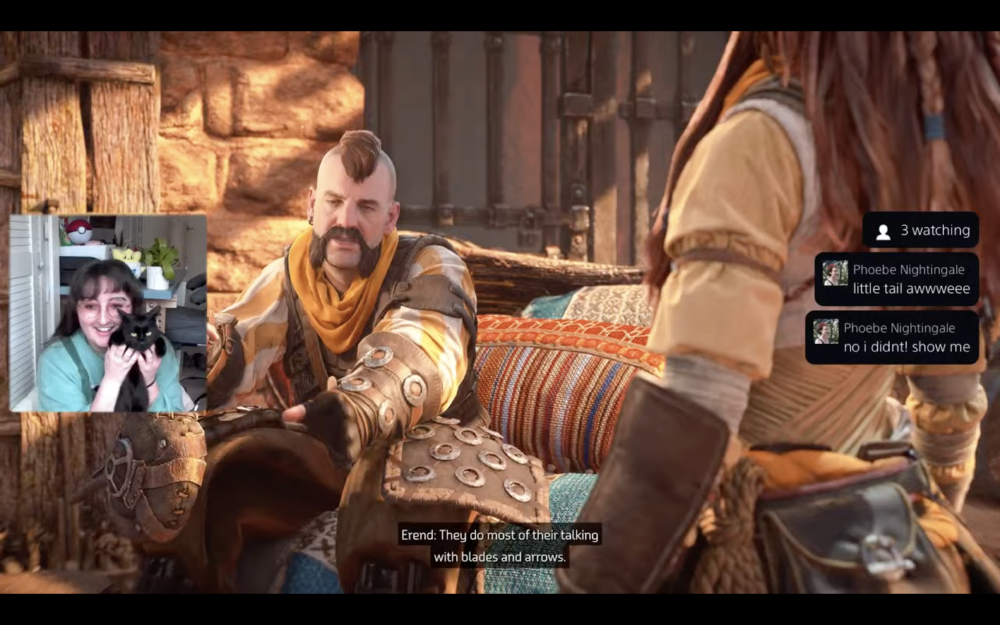