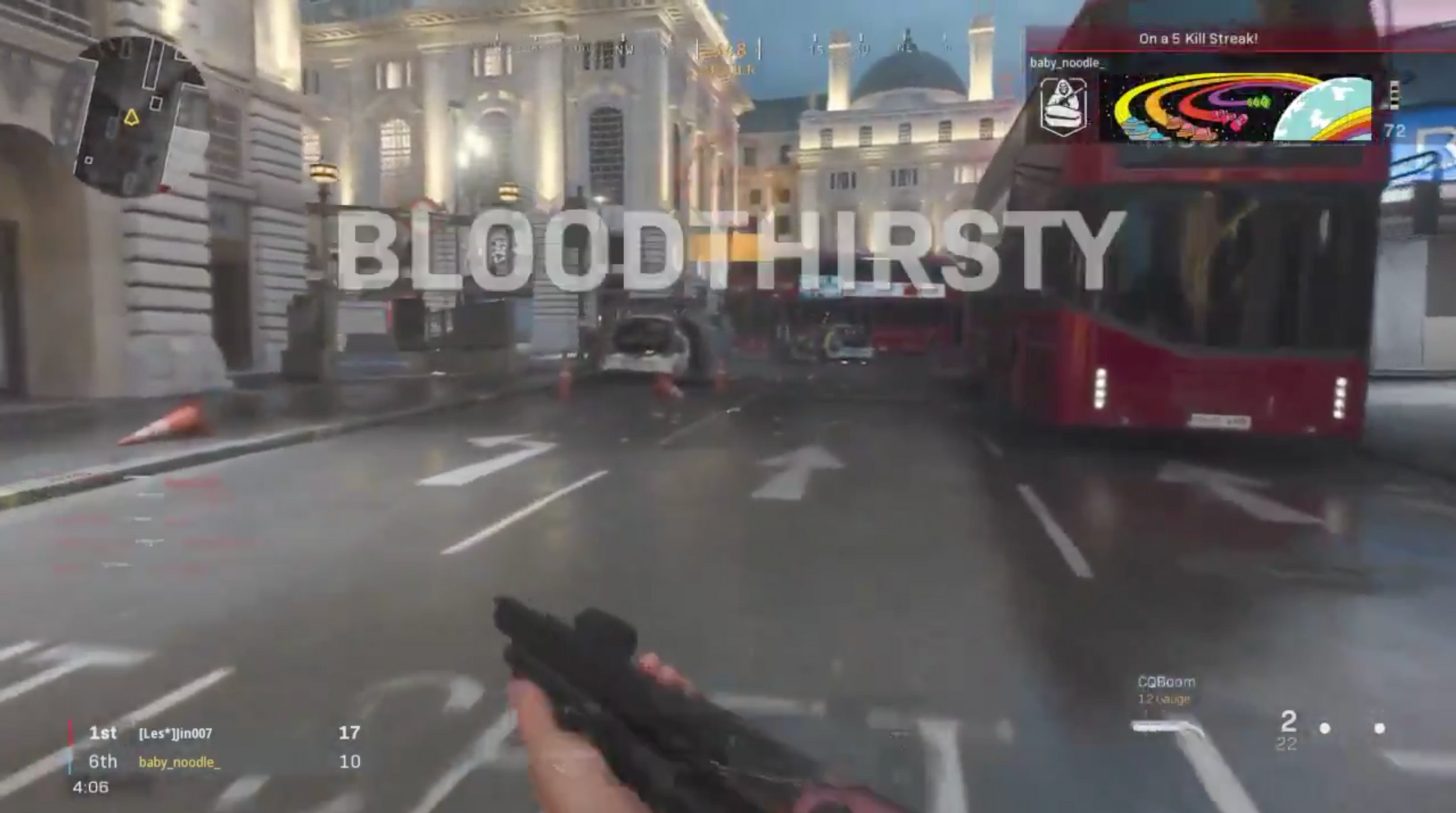 I feel really distracted at the moment, just distracted so deeply in my skin, my bones and my stomach. Even when I’m sat still, I don’t feel still, everything starts to move. Like right now, I’m trying to write this text but the collar on my t-shirt is a centimetre too close to my neck so I keep stopping to pull it down so I can breathe. I scratch my temple, push my glasses up my nose, pick my phone up and put it back face down so I can’t see it light up and annoy me. I’m too restless to even have a bath these days, like I want to immediately get out of the boring water… and like, I’ve ran it now, I should stay — but no I’m getting out. It’s as though my body is full of bluebottles, like these horrible possessed shit-things are flying around inside me trying to find a way out, but there’s nowhere to go and they just bump into each other again and again because my skin has no tiny doors through which they can leave. It’s madness. I find myself listening to the radio a lot at the moment because it means all the decisions are made for me: but I listen long enough that I hear three or four cycles of the top 20 songs on any given day, and it’s funny because I don’t imagine they expect listeners to have it on for that long, I don’t think they really want us to see that much. I try to watch TV and sit down with a meal but I always get 14 minutes in before I turn it off, dip my head and go round in circles on my phone instead (14 minutes must be when the bluebottles have had enough, it’s always the same number). But phone world isn’t good either. Twitter is full of people arguing about stuff I haven’t caught up on yet and it stresses me out, it’s that or it’s the same ten tweets rehashed by different people. I work but I cannot focus, and when I do non-work things I feel guilty. My belly is bloated with feelings and the whole thing is whatever the emotional equivalent of pins and needles is: it’s anxiety! The monster the Scooby gang uncover on me every time.

I have been listening to a new video game podcast, right, called Triple Click, when I go on walks round ours (where I’m never veering outside a twenty minute radius because I’m scared I’ll need a wee). In the first episode one of the presenters says different kinds of anxiety require different kinds of games. And I mean, of course. When choosing what to play (or watch or listen to or read) it’s got to be the jigsaw piece my head needs to feel complete in that moment, complete and stable. The TV that doesn’t hold me down past those 14 minutes was the wrong shape to begin with, and deep down I probably knew that when I went into it. But while I’ve known myself for years, I am still learning how to act around my anxiety, which feels like a stupid curse to live with. It’s something that usually comes in and out, that blooms at times depending on what is going on in the rest of my life, but quarantine has made it a permanent ringing in the ears, so every bit of culture I consume is, more than ever, decided by my mood.

Most of the time now, I’m in this high energy nervous state, and that is when games like Call of Duty multiplayer online make sense to me on the maddest, most formal level. The constant activation and movement across tiny maps, shooting targets that are barely perceptible or that sneak up behind you and boo; all the loud noises, short rounds, countdowns and very visible competition against other players across the world creates a stressed out excitement that can keep up with my stressed out gut like no other game. It’s bizarre. It’s like… my body is already fizzy so dropping a mento into the mix feels right. Call of Duty creates an unreal space where I can enjoy panic and I like that, because I thought anxiety had ruined adrenaline for me forever. I see the dissonance in my image of a vaguely woke girl on the internet who also shoots other people’s avatars online in a hyperreal combat simulation for fun, but the speed does it for me. In the high buzz of anxiety it really helps me cope. Please don’t cancel me for this, my heart can’t take it right now and I don’t know if it’s all that deep: the basic game format and playing against its ruleset are what I am here for, I’m not getting off on the colonial warfare aesthetics - if Fortnite was tighter, I’d be there instead but that game’s clunky. Here for pure ludology, not narratology this time around: it’s like playing tick online with strangers but the thing you’re hiding behind is on fire, and that’s exciting. With COD, one round makes my body tense and relax a million times over like an accidental massage, the same way I scan my body from top to bottom if I’m struggling to sleep at night. I’m tensing when a smoke grenade fills the screen, and I’m relaxing when I win Gun Game. There’s a map that is a square yard of shipping containers and it’s exacting hyperactive play; I throw Molotovs into the centre again and again where people respawn and then leg it to safety. It is total captivation, a food fight of a game.

But then… of course, this thing happens after that big loud anxiety is done with its screaming: a sadness will always follow. At the end of the sprint, on an emotional comedown, everything through me moves heavy, sticky, slow. It feels like I’m lying on my front and some water has pooled in the curve of my back and I know I shouldn’t move in case it spills everywhere and runs down the sides of my body. I can’t get up. My mouth is quiet. This is a normal swing because anxiety is endless questioning whereas sadness is something certain and familiar that the brain can find purchase on: negative certainty is like a soft landing for the anxiety that came before it. It’s somewhere I can catch my breath, catch my balance, wash my face and rest before the sand gets kicked up again and stings my eyes. I’m riding this wave over and over in normal life going between anxiety and the gloom, but the pandemic is making the cycle so short. I wish I could cancel my subscription. When the sadness comes, that is when I would usually place my head on my boyfriend’s chest and let his presence bring me back because he is my earth wire, but we are locked down apart in coronatimes so I’ve had to be better at figuring it all out myself. I feel like I am my own air traffic controller, finding the best places to land (and I think that’s why I look forward to sleep so much at the moment, because that’s 8 safe hours on the runway. I don’t have to be conscious for it and we are one day closer to this all being over). So, that’s it. Big anxiety needs fast games, and little sadness needs adventures and stories, needs being tucked in bed and read to. Well this week, I dipped and this is where I decided to land:

On Tuesday afternoon, I played the entirety of the 2012 indie game ‘Journey' by thatgamecompany and Santa Monica Studio. It won game of the year in many publications back in the day and it’s available on PSNow, so I tried it out and - ah, it gave me what I needed - the feeling of being swaddled and cared for, and of being given time and space to heal. It’s a quiet game where you marionette a little creature in a cloak across the desert, through sunken halls, past a snow storm, making your way towards light emanating from the top of a mountain way off in the distance. Nothing much happens and nothing is really stated, you simply intuit that the light is where you’re supposed to head. And the game is hardly populated - few structures, basic forms of nature. It is like the world before world building; like a classy plate at a restaurant with three ingredients balancing against one another. Land is calm and empty, and we are on our way.

The mechanism is sometimes you need to unfurl big ribbons from the sand so that they can join up together and make bridges through the air. A vague spiritualism seems to power them. There are a few cut scenes where this little creature is surrounded by tall gods with a milky glow. They are guiding you to enlightenment but there’s no pressure, no rush, you can get there. With most games, there is some acknowledgement that you might fail so you should try not to, but this was one of the smoothest things I’ve ever played: the game gods seem to trust that you will make it, so I didn’t feel any pressure on my end and could just dream my way through the whole thing. Any hint of danger is only that, a hint. On another day, in another mood, I might have found this very boring; I might have felt how it has aged; and I might have written about its successor Abzu’s strengths in comparison, but instead I want to bask and let it be.

Writing all this has reminded me of a scene in Grey’s Anatomy and that might be a nice place to end these thoughts. I haven’t seen the show in years but it’s funny what you remember from hundreds of episodes isn’t it. There’s a character called Dr Dixon who’s autistic and there’s an interaction with some patients that is loud and handsy and it makes her panic and leave in a rush. Once she’s away from it all in a quiet room, she pulls her lab coat around her and then invites Bailey followed by Christina to both give her a hug - and they like, properly squeeze her from each side. She explains that tight pressure around her whole body will naturally slow the pulse rate and calm her down from the panic attack. It works, and the three of them stay standing in the hug while the worry subsides. I think about what my version of that hug is, like I am always looking for the physical thing to trick my mental illness. Right now, it’s games. Anxiety is heads and sadness is tails and luckily there’s a whole catalogue of games for either side that coin lands on - I’m catching up on stuff I’ve never played, and it is honestly keeping me sane.