Made by: Naughty Dog

Spoilers: one vague story thing but no details

After I started posting exhibition reviews online, an artist asked to speak to me. Or maybe I asked to speak to her, I can’t remember. I do know that she appeared on a Monday evening in my university studio. The place was silent. Everyone had already gone home. I was still about though, I was always there, working away and not always staying on topic.

I was on an art course because I’d been convinced from a young age that I was going to grow up to be a painter. I didn’t know that halfway through my degree I would be writing about art instead of making it. I felt funny about this shift, shifty. I couldn’t talk to my tutors about all this writing I was doing because then they’d know I’d stopped making art with my chest; they’d know I was the wolf among us now. So, this conversation with the artist was important to me. We spoke about my writing and nothing at all of art, and it felt good and secret and useful. It made me realise that writing was my priority. And in the end, our casual chat became a very special moment, because she made a request of me that I am still trying to fulfil to this day.

She asked me to keep a sense of embarrassment in my writing. Now, I realise that sounds like a neg. But she said that as I move forward, as I write more, as my writing gets more visible and my audience grows and changes, I should be careful to remember embarrassment. She spoke about radical vulnerability and then about embarrassment not just as subject matter but as a texture. I should never polish my writing past a certain point, she said. It should be an un-generic, unprofessional, emotional, personal thing. Embarrassment should be sought and protected in spite of the discomfort that comes with it. Embarrassment would give a text a soul, and with a soul it would stay mine.

I understood what she meant. It was like she’d come to give me a warning at the beginning of a fairytale before she disappeared never to be seen again. I’m still thinking about that conversation all these years later. I think she was onto something. Because yes, there’s pretty much always a layer of embarrassment when we’re at the very start of our relationship with making. Making any kind of art is embarrassing. Like, that’s a thing you made when you could have just left well alone, kept quiet. But in art schools and other spaces, we are taught how to edit out the embarrassing parts of the thing we’ve created. We continue to feel a compulsion to clean it up ourselves in the studio and the office ever after. But it’s kind of sad isn’t it? Because everything just gets shaped and shaped until it looks and sounds like everything else. Soon, the maker’s soul is indistinguishable from everybody else’s. The art is recognisable, inoffensive. It’s easy to be in the room with. It’s a stock photo on the wall.

And I get it. It’s easier to try and fit in, easier to just make something that emanates all the usual comforts. Stock photos sell constantly, globally. It makes sense to give something to the audience that they’ll understand without pause. Art and artists give the audience shortcuts so we can accept them and it’s fair enough.

It’s just that when it comes to an aesthetic experience, I don’t cherish those shortcuts. It’s like walking from my bedroom to the kitchen to refill my water bottle so many times a day — I don’t ever remember the seconds on the staircase between these rooms, it’s like I’ve simply teleported because I don’t bother even recording it in my brain. I want art that trips me up on my way down the stairs. I want art that knocks on the door when I’m not wearing appropriate clothing so I have to quickly find a blanket to wrap around me. I want art that sets the fire alarm off so that I panic to grab something to try and reach it on the ceiling, but I’m still too small so I’m flailing and the noise feels like it’s getting louder and louder and — yeah, I want art that puts me on the spot, challenges and diverts me. I want to make art that is embarrassing and I want to spend time with art that embarrasses me.

This week I played Uncharted 4: A Thief’s End on my PS5, specifically the remastered version that is part of the new Legacy of Thieves collection. I’d never played an Uncharted game before. This instalment of the game series follows two brothers on a dangerous treasure hunt across the world as they follow clues and artefacts to find legendary pirate gold that might not even exist. It is one of the best-looking games I have ever seen — highly detailed natural environments populated by hyper realistic actors that barely seem affected by the video game coating over them. It was a flashy, smooth, big budget action adventure and it was also the least embarrassing game I think I’ve ever played.

Games have so much potential for embarrassment, more than most media. Embarrassment can happen in the game’s design — in gameplay itself, story, art, acting, music and so on. But it can also happen in the player’s interaction with it. The medium maximises on opportunities to mess play up and to get play right; to be embarrassing or to simply be cool. Uncharted 4 is too cool across both its aesthetic and our interaction with it. It is so smooth I couldn’t get a grip on it at all.

The game has two main modes you switch between: you’re either climbing along some precarious ruins to get to the treasure or you’re cut off during your climb and it’s time to fight the other people who are trying to get to the treasure before you. Both modes, climbing and fighting, are smooth rides with the windows open on a nice day. The fighting is calm. People come forward pretty much one by one. Plenty of cover, tall grass to hide in, and baddies that forget where you are as soon as they can’t see you. Easy, easy.

The climbing in this game is just as accommodating. Climbing in real life is a puzzle: the climber must figure out a route, use equipment, take risks, exert themselves physically and perfectly, and pull it off without falling off and embarrassing themselves. There are enough rules to mean it should work well in a game. But every time we climb in Uncharted 4 — and climbing takes up so much of the game — it isn’t a puzzle. The route is a funnel to slip through, a script to follow. All the answers for the climb are shown with environmental highlights. White chalky dust coats every rocky ledge; and there is a convenient rocky ledge everywhere we need one, however remote the location. If it’s not a naturally occurring climbing wall appearing on a deserted island, there just so happens to be a box on wheels that we can push into place that is high enough for us to reach the next answer on the page. There is nothing to figure out, no dead ends. We just go through the motions. And the main character, Nathan Drake, absolutely flies through all these climbing sections as though he is competing in a bouldering competition and a speed climbing competition at the same time. There is no stamina bar that can stop him. He has upper body strength beyond compare — and I resent it.

I resent it because these choices give the game an artificial coolness that suits a godlike, masculine archetype: the game is the equivalent of a teenage heartthrob in a leather jacket moving down a school corridor on a skateboard while everyone stops to look at him or tries not get in his way. Except, I really want to trip him up. The whole game is a slick ride on that skateboard but our feet are actually glued to the board so we never fall off! I can’t even trip him if I wanted. I hoped the story would give me a bit of resistance but even when characters lie to each other in big ways, they forgive each other immediately. The door doesn’t stay open long enough for things to get chilly or interesting. I resent that too! None of it was embarrassing so I can’t write anything embarrassing in return. A waste of time!

I will say that because this game is so geared towards a straightforward, lenient time, it must work well for people who haven’t played many games before. If you just want to feel like Indiana Jones, go for it. But I might still judge you for your stock photo taste.

I wish more art was weird. I wish more art was embarrassing. I cherish culture that balances on an edge and then falls off it, when it’s hard to categories, rough, organic, just born, just landed here from another planet; or just so deeply earnest that I cannot look it in the eyes. That’s when I like it best.

I don’t care about the easy, breezy coolness of Uncharted 4 so there was nothing here for me to love. Everything was to be expected but the world is so full of things I already know about; it’s a good trick and a novelty when I have no idea what the fuck is going on, so I should play games that take me to stranger places. It is hard to find embarrassment in AAA games that are so moulded and made safe. I want to spend time with what I think is real art so I might have to start looking elsewhere. 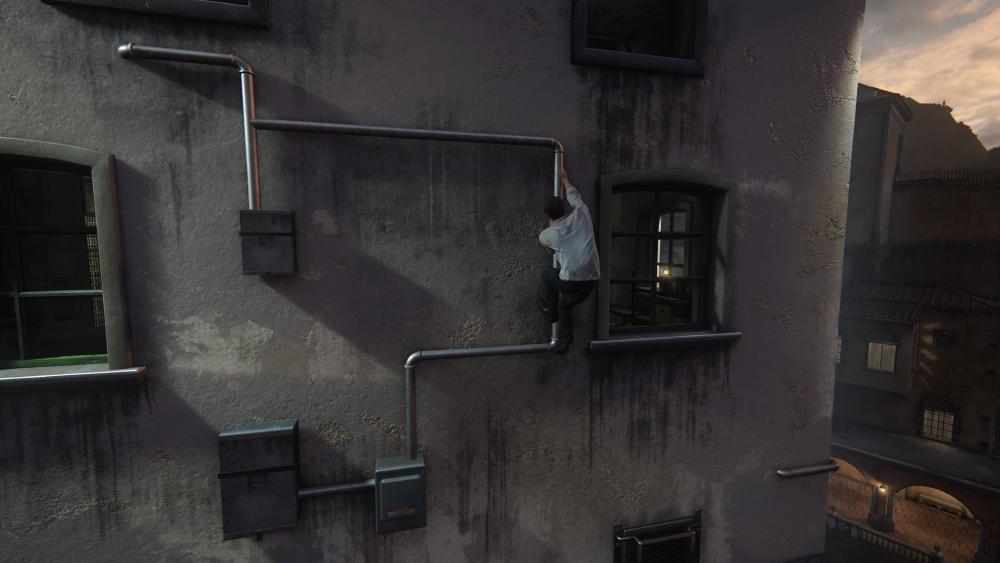 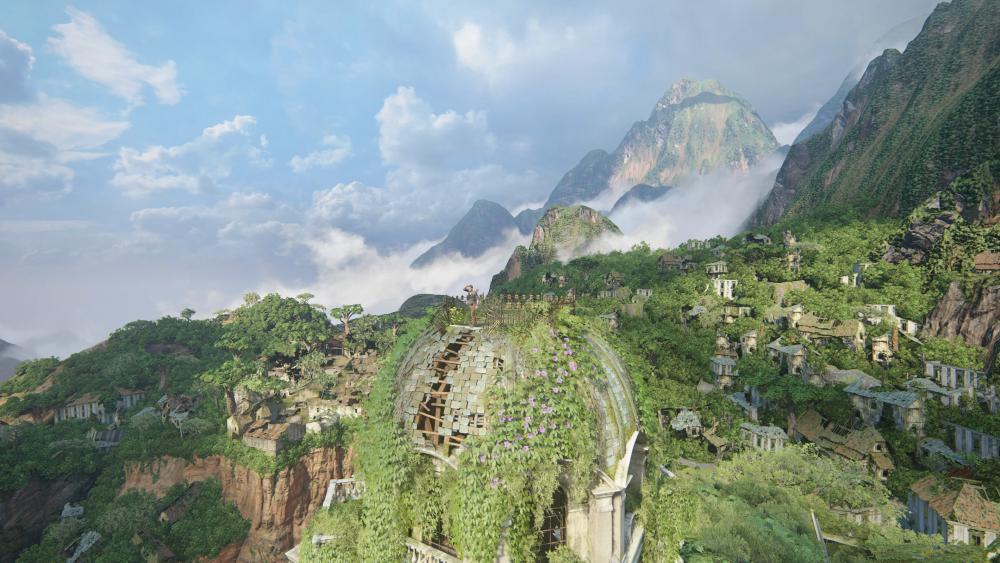 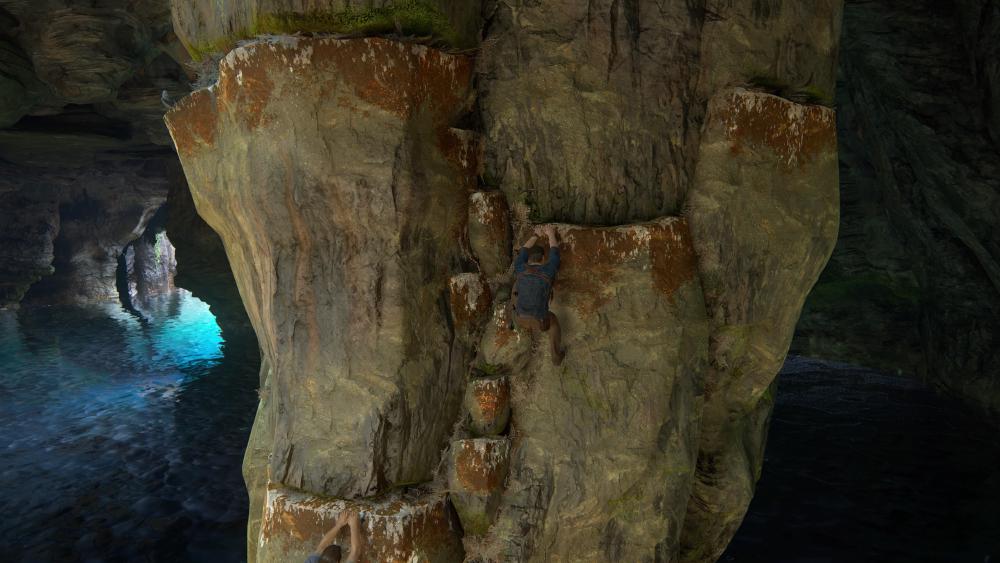 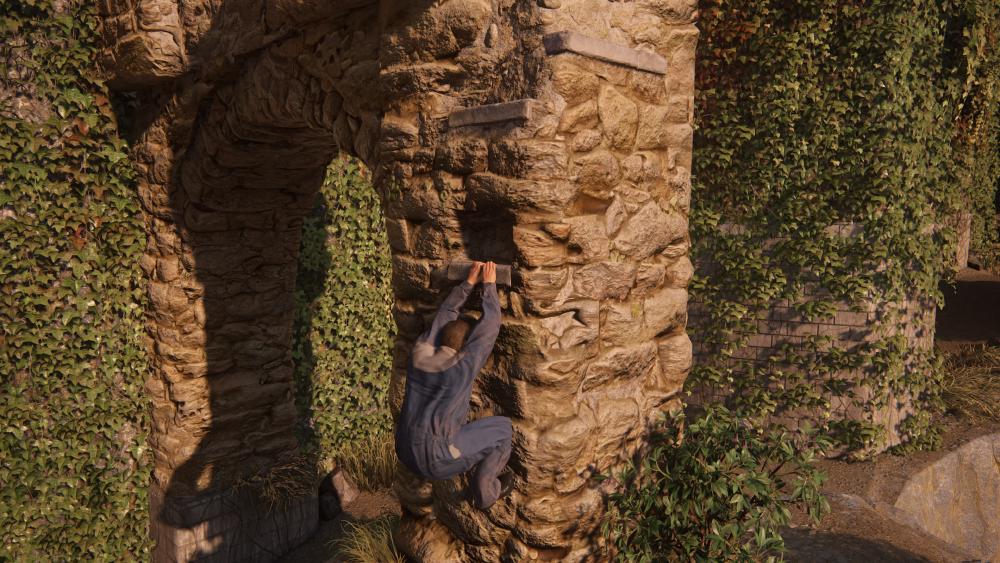