Made by: Witch Beam

Spoilers: the answers to two puzzles in the middle of the game are spoken about

Some nights do not go down in history. Some days are forgotten as soon as they are done. Last week, there was one evening I felt so worn down with fatigue that I watched the entirety of season 2 of Emily in Paris without pausing it and also without enjoying it. I was lying on my side on the couch, I had cheese and grapes, and the cat was sleeping over my hip. It was an acceptable scene… I just wasn’t having the time of my life.

In Netflix’s defence, I did watch the whole thing. So, I might be exaggerating when I say I didn’t enjoy it. But then, I don’t think I did. My eyes were open and I let it happen to me. I didn’t love it, I would never watch it again, and to be honest I wouldn’t recommend it to anyone else. I didn’t hate it enough to turn it off, though. It was inoffensive. It landed somewhere just below the middle in the ranking of all the culture I’ve ever spent time with. The cheese and grapes were great but the TV show I inhaled, with its noncommittal storytelling, was only fine.

And the thing is, I’m sort of okay with fine at the moment. I know, that sounds bad. I am supposed to be a critic so I should probably seek out the best for myself, or something like that. But I am fine living a life where not every little thing is amazing. I keep thinking about the headline on that recent interview with Kim Catrall where she said ‘I don’t want to be in a situation for even an hour where I’m not enjoying myself.’ It has become a meme amongst my friends, and I love the sentiment but I simply do not have the energy or the imagination to keep up that kind of lifestyle. Sometimes a meal I eat will only be fine, like I’ll finish the whole thing but I wouldn’t cook it for a visitor, wouldn’t crave it. Sometimes I’ll read a book that fills an afternoon quite nicely but I know that a year on, I won’t be able to tell you anything about it. It will exist on the bookshelf for the rest of time like a prop, no longer a book. It was neither here nor there so it never stayed present enough in my memory.

Unpacking fits into this category. I played it because it has been nominated for awards and because friends recommended it, but it is only a game I’ll half-remember with all the other middling things. Unpacking is a puzzle game that lasts around 3 hours. It is colourful and sweet. It involves unpacking boxes and placing items in different rooms so that everything fits on the shelves, in the drawers, on the desk and so on. We start the puzzles in a kid’s bedroom. We then follow this same person as they grow up and move into different places throughout their life; unpacking belongings in a college dorm, and then in and out of different relationships as well.

I played it over the course of a slow Monday. I started under blankets on the couch while I had my breakfast. Later, I played curled up on my beanbag, cat back on my lap. And then I finished the game the same day in bed before I went to sleep. All in all, it was fine. And fine, for now, is fine as well.

When something hovers like this, far enough away from strong love or strong hate, I find it easy to give a review because I can see what it did and didn’t do. I didn’t hate the game because the pixel art in isometric scenes was tight and charming. I didn’t hate the game because I like tidying up, and each puzzle was a polite length that fit comfortably into my day. It was also mildly interesting to gather information about the protagonist through the items in their life and how the placement of those items changed depending on where they were living. The answers to the puzzles allowed us to just about glean their personality and even the reasons one relationship worked out while another did not.

But then, I didn’t love the game because I don’t think there was enough variety, intrigue, or even enough of this half-hidden narrative in the puzzles. It got repetitive and it stayed easy. The two instances the game felt tricky was when it was at its most interesting but those were so short-lived. When the main character moves in with someone for the first time, her diploma cannot fit on the wall of their shared bedroom. The only place the game seems to accept it is under their bed where no one can see her achievement. It is a subtle way of showing that she is having to shrink herself in order to be here, and maybe that’s why the relationship doesn’t stick. Then, when she moves out, the only place the picture of the two of them will work according to the puzzle is in a cupboard out of sight and not with all the other photographs on the pin board. So we know, wordlessly, that it must have gotten difficult and maybe she hasn’t quite processed it yet.

These are good moments but they are only two examples over three hours of gameplay. If there had been more like them, quiet actions that alluded to conflict and growth, I would have been more entertained because it would have meant more storytelling and more interesting puzzle-solving; it would have meant more conflict and growth in the gameplay experience too. I just got a bit bored of putting the same book collection away. I wanted more. Imagine if each level had taken a different book to be the most important one at that stage in her life, so you could only place it under her pillow to keep it close to her, for example. Imagine if she had secrets she was hiding, things that had to stay well out of sight. Or money she was putting away each level that she eventually used on something really special.

But that being said, I am absolutely fine with the game experience I had over the course of that cloudy Monday because I am okay with not loving everything I come across. I find that reviewing things that sit in this vague, temperate category can sometimes come off a bit crude. Because if I felt nothing about a game, I could always keep that nothingness to myself, especially when nothingness can default to a negative review. But in defence of ambivalence, I really don’t want everything I consume to always move me. I am not always in the mood. Sometimes I just want casual, comfortable. I can do without the drama. It might be the state my head is in, it might be my body instead, but I do not always want culture to leave a mark. Sometimes I want it to stay outside of me, to be there making noises at a distance, shining lights in my periphery, but essentially leaving me well alone.

I am writing this review days after I played. The other avenues I suggested the game could go down are coming from a different mood. When I played it, I didn’t care to come up with suggestions or see anything lacking in the game at all. This review is being written from an overlap of self and time. And days will come again when I only want games and TV and other things to come and go, to not overstay their welcome, to not ask anything of me. White noise, something new, some variety, quick company. On those days, anything more entertaining — more involving — would simply overwhelm me. I appreciate the middle, I appreciated this game. And at least playing it allowed me to unpack all of that. 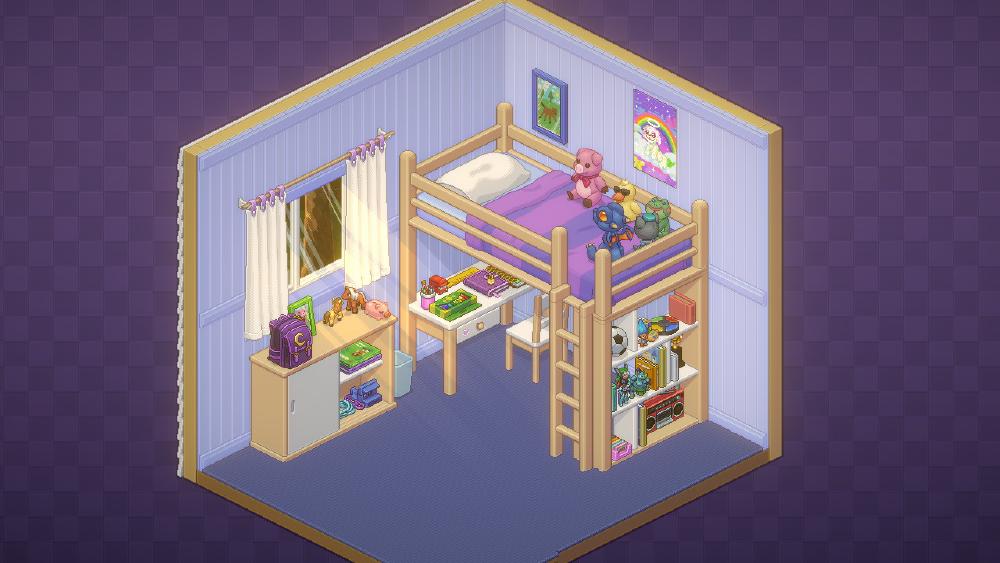 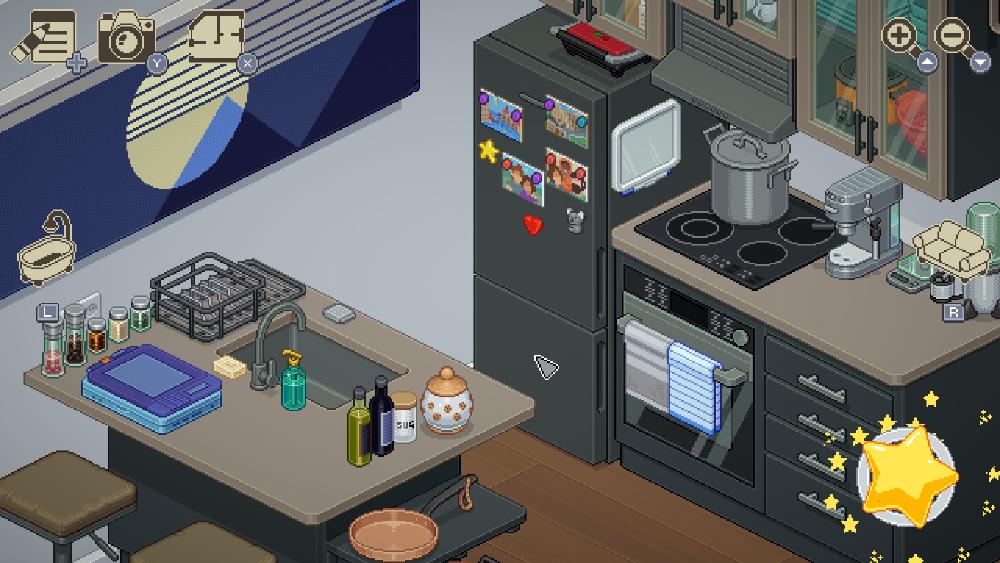 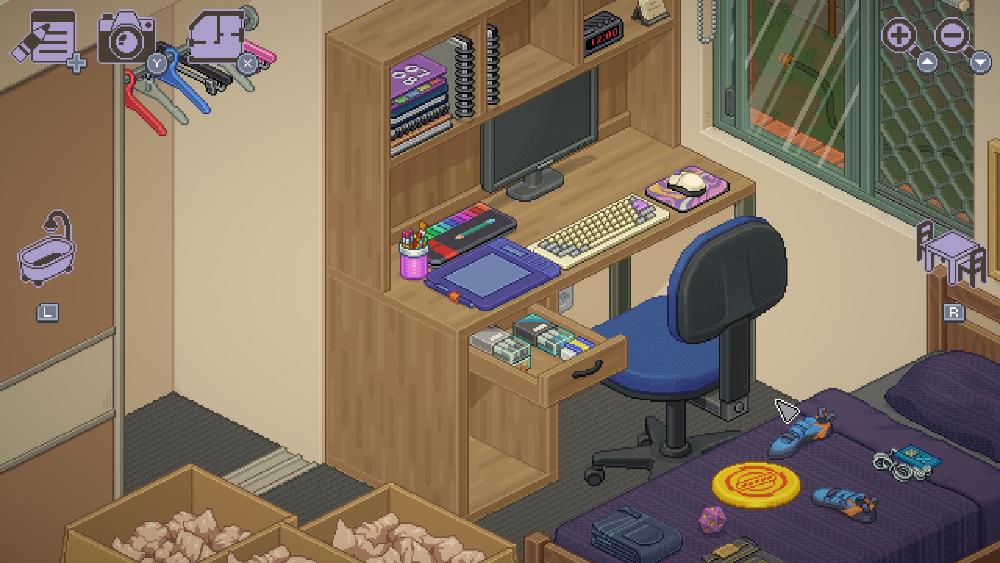