I have always struggled with deadlines and cut offs. I hate a clean break. If I’m in charge, they are always ALWAYS messy. I always text my ex. I always ghost in the end. I always dip early if they use the crying laughing emoji, or any monkey emoji variation (but specifically, the one with his hands over his eyes ahhh). I always want to fundamentally remain a mystery: to readers and to lads (the two genders). Because messy is best! I love the drama of deep and untameable emotion. It gives me something to write home about to the whatsapp group chat, something to work with, something to FEEL. Messy is generative, energetic.

The rugged landscape of my heart, it must be like running over broken pavement, high impact sending jolts up through muscle and bone. The truth is: I don’t know what I want, don’t know what I’m looking for, don’t know what I need or how to articulate closing the gap between need and expectation. I want and don’t want to embrace tenderness with open arms / for everyone to just leave me alone / to submit to the terrifying ordeal of knowing someone and being known by them. I am a mystery to myself too. But I like it better this way because I find the drama and tension of it all very fulfilling. I am toxic femininity. I am my sagittarius rising.

I want a shortcut to feeling without orchestrating a one-woman romantic heist. I want something easy to find myself pressed against, but full of the complicatedness that I feed off of. I know there’s something I’m looking for, but I only ever recognise it when I’m looking directly at it. It’s a ✨vibe✨ or a simmering feeling, a mood that hits all at once. And when I’m in it, it’s just this balm for my eyes, cool menthol kick for the static in my brain.

I’ve found that shortcut to tension in period dramas.

Timothée Chalamet cries out his love on a hilltop. He is not Timothée Chalamet, he is Laurie from Little Women. His nose is red, he’s not wearing a jacket, his eyes are wild with a pleading kind of hungry sadness. ‘IT’S NO USE, JO. I HAVE LOVED YOU EVER SINCE I’VE KNOWN YOU, JO.’ The way he emphasises her name makes me feel a bit dizzy. You know when someone says your name to you in conversation and it makes your heart race? Like ohhhhh no, I am being perceived.

That bit in Atonement when James McAvoy watches in stunned silence. Keira Knightley is breathing fast, soaking wet exit from the fountain. James McAvoy is holding the handle of the broken jug, his mouth pops open as he inhales, he blinks. The water runs off Keira Knightley’s arms, her hair, her fingers, the hem of her slip. It’s only a moment. Then he looks down, away, anywhere but at her. As Keira Knightley puts her clothes back on, the camera focuses in on James McAvoy’s hand. His thumb is raking over the handle of the jug, knuckles tight. I think he is holding his breath in his chest. As she walks away, he sits down on the fountain’s edge, places the flat palm of his hand softly against the surface of the water.

As Pride & Prejudice adaptations go, I don’t get Colin Firth exiting the lake, but I really do get the Matthew Macfadyen hand flex. You know the one. (The one where they’ve just spent the last scene bickering in the library, but Mr Darcy helps Lizzy into the carriage with his ungloved hand and she takes it without thinking. They touch, hands clasped, skin on skin for the first time. Just as she realises what’s happened, he turns and walks away. She looks back at him with an intense face, like she’s surprised but it’s a powerful confusion too. Out of her eye line, the camera pulls in tight. Mr Darcy flexes his hand, open, tight, fingers splayed for a beat. Nothing more.)

The hottest part of Bridgerton isn’t the loud dramatic sex scenes, certainly isn’t the bit where they fuck on the concrete stairs. It’s the friction of Daphne & the Duke yearning for each other and not having the emotional vocabulary to articulate it to each other. The hottest bit of Bridgerton is the breaking point, when the Duke yells ‘I BURN FOR YOU’ at Daphne in front of a roaring fire.

I remember: years back we were walking out of a meeting. Gab turned to me and said, ‘I just love a nervous man. And he was so nervous, wasn’t he?’ And it was like that comment unlocked something in my brain, a new level or a closed off room. I hadn’t thought about it much, but over time it has really stuck with me. I have been in meeting rooms the size of cupboards. Men have dangled their feet, legs spread open wide, hand slamming a pen against the table, pushing a hard bargain I don’t really care about. I’ve had enough of men who aren’t nervous, because it feels like a misplaced audacity. I like nervous men. I like making men nervous. Direct questions, harsh unwavering eye contact, watching them stutter a little bit. And I like it when a man is nervous, but keen to not let it show. I like the bravado when it’s stretched thin, only catching a glimpse of their hands trembling, just for a moment. I like the feeling of being unsettling, and I don’t really want to think too hard about what that says about me.

You see, fundamentally, Mr Darcy is a nervous man. The hand flex scene is hot because Mr Darcy can’t even admit that he likes her. But the body always finds a way towards its own supremacy. That hand flex is desire declaring itself, a physical manifestation of tension and heat, subtext, interiority - blahhhhhh. He’s unsettled, nervous, can’t even meet her eyes. And that’s hot.

After she turns him down, Laurie asks if there’s anything more. When Jo says no, he turns to leave. She hesitates, and he turns back with the speed of a reflex. He nods in a way that makes my heart hurt. In that moment he is an open wound; raw flesh exposed, with the blood seeping slowly to the surface. He is listening intently, hoping intently.

If I think about it in the simplest terms: male desire is so often shown to us as a form of conquest. But just because I agree with that, doesn’t necessarily mean I believe in the mythic female gaze as a cinematic rulebook (or diversity checklist) that magically transforms Women™️ from Hot Babes into dignified human subjects. I don’t think more female cinematographers automatically means more empathy, relational storytelling, sensitivity to agency and autonomy. Because things aren’t that cut and dry, that binary, some women are awful too and I don’t like girlboss rom coms. But it’s funny. It must track in some sense. Because I just want the inverse of conquest: something private, quiet, discrete and interior. A moment of vulnerability or fallibility. A different kind of conquest, a conquest where there’s an exchange or something we weren’t really supposed to see. And masculinity (in its fakest sense: as social construct, vague category, ultimate Chad) requires a strong screen. It is upright, impenetrable. There’s something satisfying and deeply fucking hot when that screen is splintered and you see the raw open nerve of vulnerability through the crack. Period dramas are a type of media where the splintering, the disassembly of masculine rigidity is a staple narrative device, a trope of the genre. Like what is it!? About reddened knuckles!?! Is it that affect is made visible? Is it about something external or permeable?? Tension??? I don’t know, send help.

And ah! ahhhh! Maybe it’s not the emotions I care about riding out. Sometimes I think emotions are only a vehicle, a mechanism or blunt instrument towards something else. Sometimes I catch myself in the middle of a feeling and laugh to camera. I break the 4th wall to my inner self and say, ‘WELL ISN’T THIS SO FUCKING GLAMOROUS!’ to be heartbroken or pining. Like I’m doing it for the bit. God! Yearning is so fucking delicious because it is this doorway into another infinite space. You are a surface reflecting want and desire, something that is absent but also substantial in that absence. Yearning is malleable and flexible, liquid.

The past is another country, yes. But I don’t necessarily need that distance for the ~vibe~ to hit. Connell’s thin silver chain. That bit in Ladybird when Timothée Chalamet says good girl. Single’s Inferno Episode 6, when Hyun Seung’s gaze bounces around the room, following Yea-won’s long exit. Channing Tatum’s art-boyfriend makeover. And yes, the Fleabag kneel scene. But also the ’Fuck you calling me Father like it doesn’t turn you on just to say it’ scene. Your girl’s down ~catastrophically~ bad. It’s the female gaze! Wattpad fanfic, Dipsea, the Hinge voice note feature, the sexual tension between me and Coach Bennett from Nike Run Club on the 4 mile guided run, how Loki is a million times hotter than Thor and I have no idea HOW or WHY (I’m lying, I know exactly HOW and WHY).

Maybe this one is too far, but I think there is something about rumbling, blown out landscapes too. Am I just feral? Or are ROLLING HILLS and the OPEN SKY part of this as well? The sea unchained, crashing against land? 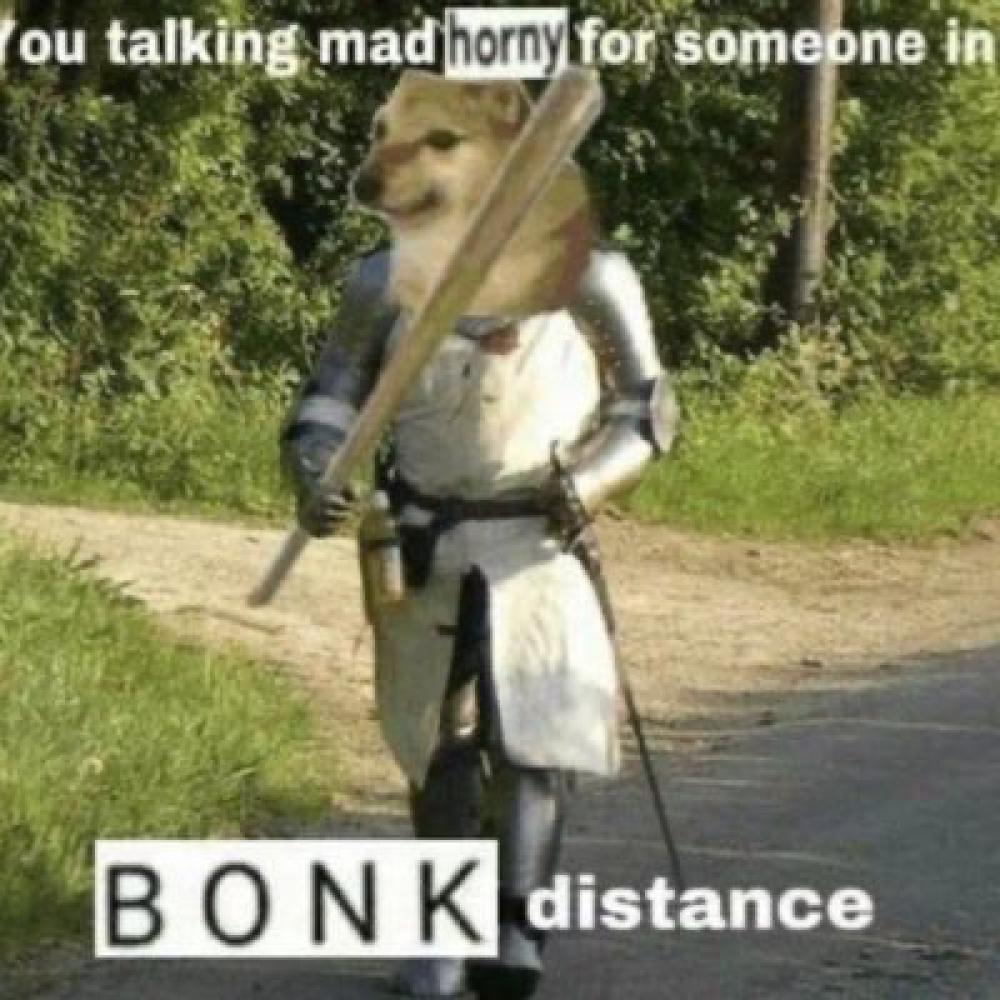