This review is a dumpling. I am sneaking in The Thing I Really Want To Talk About, wrapping it in the skin of something else, to contain it.

I read The Dancing Face by Mike Phillips. Originally published in the 90s, it has been republished this year, as part of a 6-book series selected by Bernadine Evaristo, called Black Britain: Writing Back. The general gist of the series is, in Bernadine’s words, to ‘correct historic bias in British publishing and bring a wealth of lost writing back into circulation’. Not so much constructing an alt canon, but just curating things for our consideration; which we love to see.

A brief overview of the book itself: The Dancing Face follows Gus, a lecturer with a PhD in West African history, and his younger brother Danny, a fresh faced uni student. The story opens hard and sharp: Gus breaks into a museum and steals a mysterious gold West African mask - The Dancing Face. From the moment of theft, the narrative just shatters; it all spirals out across other characters and their motivations. There’s Dr Okigbo, Nigerian millionaire, and Gus’s shady patron. There’s Osman, Danny’s friend, who spent time as an officer in the Nigerian army. There’s Rodney, this volatile mercenary, Gus’s accomplice in the theft, but completely without Gus’s intense politic. Gus is this opaque centre; a turbulent, secretive protagonist. He moves impulsively, we only get to see the internal logic behind his movements when it leaks out against the narrative. And Danny is this blank slate, left piecing things together, reacting to the chaos as it whirls around him. Underneath that though, The Dancing Face is a dumpling. It sits in the skin of a thriller, but really it’s talking about museums full of stolen objects, reparations, restitution - what does the image of justice look like after all these centuries?

A thriller is a good skin to contain these things because thrillers operate on the base level of macho fantasy. Car chases, fist fights, smooth moves and mean faces to look hard; thrillers exist in a space of action, decision. If stories are, as Ursula Le Guin says, either spears or containers, then thrillers are linear and murderous spears, piercing a hole through the narrative fabric, driving forward, unhinged.

Once pierced, what leaks out of this container is: The Discourse around the restitution of stolen objects. The Discourse is very genteel, often very polite. In the story, the civil limitations of The Discourse is held up to us for inspection through a very specific lens. Gus is frustrated by the activist group he is briefly a part of, the Committee for Reparations to Africa; ‘The problem was that [they] had been invented by politicians and social workers, and it had become exactly what it was meant to be, part of the circus of minority demands which floated on the outer fringes of British politics… To these people direct action meant waving a banner in the street… no matter how many official asses they kissed, and no matter how many column inches were lavished on the case, nothing would change.’ Gus’ frustration at the Committee’s inaction forces his hand; he leaves and seeks coalition with Dr Okigbo, Rodney, and together they move to bring about justice themselves.

Framed in this skin - of the thriller, macho fantasy - The Discourse becomes clearer as a distinct position. Polite request: ‘plz give the stolen objects back’. This now gets sucked up into the machinery of a (neo)liberal political project; it is now a kind of delusional fiction that requires the institution’s complicity. It fundamentally hinges on the existence of institutional goodwill. As you read through, the container feels dated and a bit 90s, but still fundamentally kinda fucking true. We’re living in a time where white people can - and do - make considerable bank in playing the face of this Public Discourse Around Stolen Objects; they secure publishing deals, they are talking heads on tv, they have media careers as spokespeople for a discourse that remains, mostly, purely theoretical. If there were any questions about who The Discourse’s civility really truly benefits, I think Phillips’ framing answers by pointing to who’s getting to play frontman. The Dancing Face turns against this; it plays out the macho fantasy of radical and direct action, the autonomy of taking control back and wrestling back power. It accepts that institutional goodwill could never Be, and further: that operating under the assumption that it could Be, is a kind of Discourse Industrial Complex that only longs out Europe’s colonial death grip on these objects. Is that verisimilitude or is that peak cynical wisdom? I still can’t tell.

If you don’t want spoilers, turn away close the tab goodbye. Bc I have to do some small small spoilers to talk beyond the skin of my own dumpling. This is also more complex than ‘talking = bad, action = good’. Mike Phillips moves beyond a naive fetishising of ~radical action~, and asks: ‘what now?’ Like, you’ve done the action, you’ve grabbed at power and you’re holding it in your hands, so what now? As the narrative spirals out to a precipice at an unhinged pace, the thriller as macho fantasy dissolves away. The characters all speak from these intensely symbolic positions, and they challenge the logic of the macho fantasy and its linear thrust. Once Gus has stolen the mask, Dr Okigbo turns. All of a sudden he wants the mask for himself, when that was never the deal. Gus wanted to steal it and hide it away, turn this moment into a big PR nightmare for these institutions, puncture their power through the violence of fumbling soft capital. Dr Okigbo wants to return it to Nigeria, to his own advantage, using the mask as leverage to buy himself out of exile. Although the plot gets sticky, the symbolic positions still puncture the fantasy of action. Dr Okigbo tells Gus, ‘you’re speaking as an academic theorist… Your plan comes out of a European imagination. It reduces everything to abstractions. When a European looks at the dancing mask… he sees art. That is something separate from the reality of life. A thing to be appreciated or valued, or whatever the fuck Europeans do when they encounter what they call beauty… When I think of this thing… it speaks to my dreams… It’s not art to be looked at and admired. It is a spirit.’ That line is delivered at the beginning, and it’s a sentiment that’s repeated at the end. Osman half fears the mask and the power it represents. He tells Danny, ‘you keep thinking [the mask] is art. Like it’s a thing. It’s not. It’s a piece of power and it doesn’t belong to anyone. It never did.’

Now power is firmly pulsing in your hands, it needs to become liquid, it needs to disperse. If it stays in this solid form, all of a sudden you have replicated the thing you set out to dismantle in the first place. Dr Okigbo believes in the power of the mask; he wants a turn at holding it in his own hands, at wielding the power it holds for himself.

Though the logic of the thriller has dissolved away, it remains a rumbling vehicle that carries a philosophical exercise through to a climax. The macho fantasy; it takes these opaque, bureaucratic entities and makes them grandiose, positions them in a wider arc of narrative importance. The symbolic positions of this cast of characters all chip in too; they become active, narrative agents. They build and build, and then the philosophical exercise plays out to a point of completion. Osman wires a bomb to the back of the mask, and hands it to Dr Okigbo. Dr Okigbo holds the mask in his hands, finally able to grasp its power, and he has to scramble away from it to avoid it literally blowing him to pieces.

Dr Okigbo & Osman; between these 2 men and their active power, Danny receives pieces of information that expand and complicate themselves. Maybe the mask is not an object to be stolen and reclaimed in the first place. Maybe even classifying these stolen objects as Objects™️, to be stored and displayed, is a colonial thing? A classification that is handed down from colonial logic? The museum is a colonial invention, after all; Europeans needed somewhere to show off all the shit they stole, and a way to show it off without ever understanding it beyond the limits of objecthood. Before he wires the bomb to the back of the mask, Osman tells Danny: ‘they [it’s never really specified who they are] don’t need all this tradition shit. Like they’ve got enough of that already… It’s something that keeps people going, but it’s also like a burden on their backs when they’re trying to put a different spin on their future… Monuments like this are like transmitters that the dead can use to send messages, to impose the disasters of their time on the future. Leave the dead alone’. As they are driving away from the bomb blast, Osman shouts, ‘what we have to do is confront the past, not resurrect it… [The Dancing Face] was more than art. It was my history… I turned my back on history. After that it was easy.’

I understand this ending, I identify with its destructive impulses, I share it. But beyond identification, what do our destructive impulses really mean? Overhaul, yes. Start from scratch. We know that riots are the language of the oppressed, but what if we understood them as destructive impulses, a parallel logic. As longing for empty space, a clearing, the ability to start again. Follow this thinking, and it’s not just stolen objects in European museums; a Tory government are legislating to police the preservation of statues of dead murderous white men. That is macho fantasy, it can be punctured with destruction, with a bomb blast. What does justice look like? Is restitution the image of justice if it represents an end point? Is restitution the image of justice if it requires complicity? What if justice is not returning these objects, handing them from state to state. What if justice is equal violence that clears cultural space to start again. History is too heavy. Leave it behind. 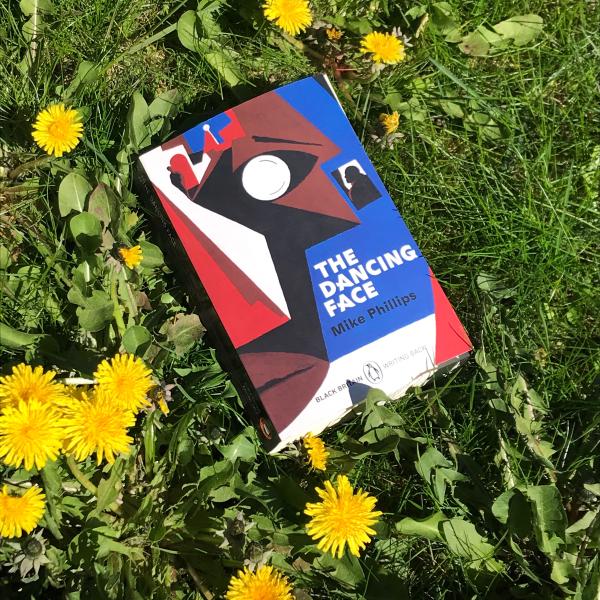